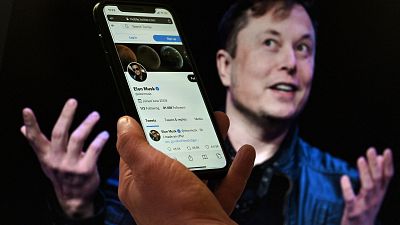 In a video tweeted by EU Internal Market Commissioner Thierry Breton, the world's richest man said he and the European official were "very much of the same mind" when it came to Europe's new digital media regulations.

"We discussed many issues and I was happy to be able to explain to you the DSA," Breton told Musk.

“I think it’s exactly aligned with my thinking,” Musk replied. "I agree with everything you said, really. I think we’re very much of the same mind”.

The meeting in Austin, Texas, comes weeks after Musk clinched a deal to buy the social media platform Twitter for $44 billion (€41.6 billion).

The two men did not discuss the DSA, which was approved by European parliamentarians and member states last month, in detail while on camera.

Once it comes into force, the EU-wide legislation will levy hefty fines on companies found not to be controlling illegal content online.

Prohibited content under the new law includes advertising aimed at children or based on religion, gender, race and political opinion.

Today @elonmusk and I wanted to share a quick message with you on platform regulation ??#DSApic.twitter.com/nvP5FEXECY

Musk secured the deal to buy Twitter last month with a pledge to revitalise the company and expand the number of users by cracking down on spam bots and reducing the amount of moderation to facilitate more "free speech".

The billionaire's comments prompted pushback from Breton, who said that Twitter must comply with new EU rules.

"Be it cars or social media, any company operating in Europe needs to comply with our rules - regardless of their shareholding. Mr Musk knows this well," Breton tweeted at the time.

"He is familiar with European rules on automotive, and will quickly adapt to the Digital Services Act," he added.

"Great meeting! We are very much on the same page," Musk tweeted on Monday.