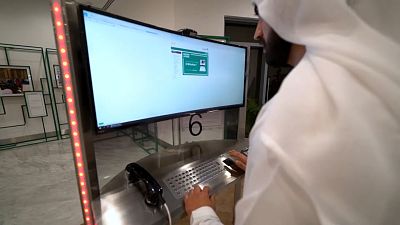 Digital government is increasingly a top priority for nations globally as they navigate the pace of change and technological advancements. That was reflected at the eighth edition of the World Government Summit in Dubai.

The event, which hosts high ranking government officials from over 140 countries, had an agenda focused on shaping a better future.

At the summit, a key theme was the purpose of digitalisation in and not just from a government perspective but also in terms of offering citizens access to more streamlined and effective services.

Mohammed Bin Taliah is the Chief of Government Services of the UAE Government and says technology has been enabling humanity for some time.

“With technology, we can augment user effort and allow technology to do things on behalf of the customer. We are trying to bundle services, make them simple, reduce the steps on customers, make sure that they get what they want in a much shorter time.”

In the UAE Digital Government Strategy 2025, there are clearly defined KPIs (key performance indicators) with ambitious targets such as having 100 percent of services digitised by 2023.

Mohammed Bin Taliah, Chief of Government Services of the UAE Government explained that the next step is a concept called proactive services where they can anticipate users' needs.

“We are using AI to enable services to be delivered on behalf of the customers without them requesting it. So with customer journeys and with us knowing about the customer needs and their persona, we can predict what they want and deliver services before they ask for it.”

The rise of invisible technology

The term invisible technology is becoming increasingly popular in the digital sphere.

The UAE Minister for Artificial Intelligence Omar Al Olama said this means we should not feel the deployment or the use of technology in our lives.

“What you should see is an exponential improvement in the quality of service, you will have proactive service delivery. You will have the best quality output that will make you feel like the government understands you that it feels you, that it serves tailor-made services for you specifically as an individual. That is the impact of A.I. in your life.”

But how do such advancements affect us in reality? Dubai has appointed an advisor to view this from the end user's perspective.

Dr Ali al Awazzi is the City Experience Advisor for Digital Dubai. His job is to look at people's needs in the city and translate technology to fit those needs.

“The pandemic has shown us the need for that efficiency and connection, and also how data and the movement of information is critical to providing the services at the best benefit for people in the world and specifically cities if they want to compete with each other”.

He added that this needs to be done as efficiently as possible, but also must look at the overall well-being of those in the city.

In Europe, there are strong examples of successful digital governments. Such as Denmark. Elsewhere, for citizens and entrepreneurs, digital access is a way of life in Estonia, with almost all government services online, from voting to setting up businesses and signing official documents.

“We try to eliminate and automate as many different tasks as possible. As part of that, there is also digitalisation. So, for instance, one of the latest initiatives that we are right now developing is called Bürokratt, which is a Citizen A.I. virtual assistant.”

Dr Raymond Khoury is a partner at the consulting firm, Arthur D Little, the author of the UAE Government of the Future 2022 report. He says countries that fail to move forward will get left behind.

In the report, he highlights what are the key building blocks to become the government of the future.

During the World Government Summit, Dubai Municipality announced they would be pushing their digital presence further by entering the Metaverse. They will collaborate with the private sector to create a futuristic, human-centred version of the city that capitalises on opportunities offered by the Metaverse.