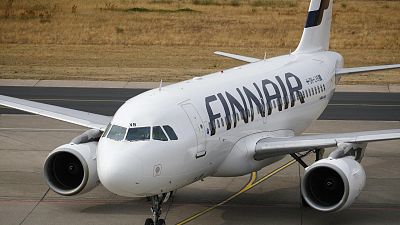 Russia is to blame for recent GPS jamming incidents that have affected aircraft over Finland, the Baltic Sea and near Russia's Kaliningrad exclave, a top French air safety official has said.

In an interview with Bloomberg, the head of satellite navigation at the Direction Générale de l'Aviation Civile (DGAC) said the GPS disturbances reported by pilots were "collateral damage" from Russian military activity.

"I don’t think the goal is to jam civil aviation at this stage," Benoît Roturier told Bloomberg on Friday.

Instead, he said, the interference was likely a side-effect of military equipment used to protect troops from GPS-guided missiles, which can cover a wide area.

"In France, a strong military-jamming event using one truck could cut out a quarter of French skies," Roturier said.

"This is what is worrisome for civil aviation. Large areas can be affected outside of conflict zones".

Are there GPS alternatives?

There are alternative systems available that can help a pilot pinpoint their location without relying on satellite navigation.

Inertial reference systems (IRS) use accelerometers to determine where an aircraft has been since it took off, but these are not standard on many smaller aircraft.

This led to flights in eastern Finland being cancelled, after small aircraft operated by a regional airline were unable to fly the route between the capital Helsinki and the city of Savonlinna for almost a week.

In March, Finland's Ministry of Foreign Affairs told Euronews Next that suspected GPS jamming "had concrete effects on civilian flights" but that no aircraft had ever been in danger.

"Further action will be taken if necessary. Finland always takes any action that may put civilian operators and aviation safety at risk in Finland very seriously," the ministry said.

While the interference reported in March did not put any aircraft in danger, the European Union Aviation Safety Agency (EASA) published a safety bulletin warning of the potential risks of satellite navigation jamming.

"In the current context of the Russian invasion of Ukraine, the issue of Global Navigation Satellite Systems (GNSS) jamming and/or possible spoofing has intensified in geographical areas surrounding the conflict zone and other areas," the EASA said on March 17.

Possible safety issues included a reduced ability to navigate, triggering of terrain alerts (which trigger a loud "Pull up!" warning on the flight deck), and the risk of accidentally entering closed airspace, the agency said.

Finland's air safety authority also issued its own warning to pilots, although this expired on March 14.