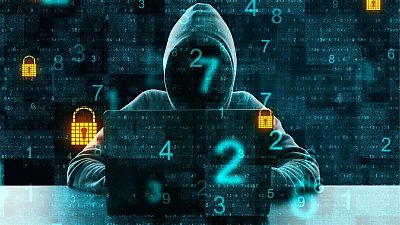 Ronin said the hackers used stolen private keys - the passwords needed to access crypto funds - to make off with the booty.   -   Copyright  Canva
By Reuters  •  Updated: 30/03/2022

Hackers have stolen cryptocurrency worth around €552 million from a blockchain project linked to the popular online game Axie Infinity, in one of the largest cryptocurrency heists on record.

Ronin, a network that allows the transfer of crypto coins across different blockchains, said on Tuesday that unidentified hackers stole on March 23 some 173,600 Ether tokens and 25.5 million USD Coin tokens.

This makes it the second-largest crypto theft on record, according to blockchain analysis firm Elliptic.

Ronin is used to power the popular online game Axie Infinity, which uses non-fungible tokens (NFTs) and is the biggest NFT collection by all-time sales volume, according to NFT market tracker CryptoSlam.

It said in a blog post that the hacker had used stolen private keys - the passwords needed to access crypto funds - to make off with the funds.

Ronin said it had discovered the hack on Tuesday.

"We are working directly with various government agencies to ensure the criminals get brought to justice," it said, adding that it was discussing with Axie Infinity how to ensure no users' funds were lost.

Ronin's users are unable to withdraw or deposit funds on the network, it said.

It said it was working with major blockchain tracker Chainalysis to trace the stolen funds, most of which are still in the hacker's digital wallet.

Below are some of the other major thefts to have rocked the sector since Bitcoin was born in 2008.

Hackers stole around $610 million (€546 million) in August 2021 from Poly Network, a platform that facilitates peer-to-peer token transactions. The hackers behind the heist later returned nearly all of the stolen funds.

The hack underscored vulnerabilities in the burgeoning decentralised finance - DeFi - sector, where users lend, borrow and save in digital tokens, bypassing the traditional gatekeepers of finance such as banks and exchanges.

In January 2018, hackers stole cryptocurrency then worth around $530 million (€475 million) from Tokyo-based exchange Coincheck. The thieves attacked one of Coincheck's "hot wallet" - a digital folder stored online - to drain the funds, drawing attention to security at exchanges.

The hack raised questions in Japan about regulation of the digital asset market. South Korea's intelligence agency said at the time that a North Korean hacking group may have been behind the heist.

In one of the earliest and most-high profile crypto hacks, Bitcoin worth close to $500 million (€448 million) was stolen from the Mt.Gox exchange in Tokyo - then the world's biggest - between 2011 and 2014.

Mt.Gox, which once handled 80 per cent of the world's Bitcoin trade, filed for bankruptcy in early 2014 after the hack was revealed, with some 24,000 customers losing access to their funds.

DeFi site Wormhole was hit by a $320 million (€287 million) heist last month, with the hackers making off with 120,000 digital tokens connected to the second-largest cryptocurrency, Ether.

The crypto arm of Chicago-based Jump Trading, which had the year before acquired the developer behind Wormhole, later replaced the funds "to make community members whole and support Wormhole now as it continues to develop".