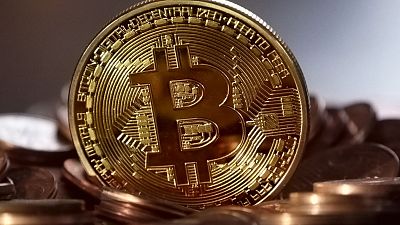 Bitcoin could be responsible for 65.4 megatonnes of CO2 annually, which is comparable to country-level emissions in Greece, a new study shows.   -   Copyright  Canva
By Pascale Davies  •  Updated: 26/02/2022

Despite a crackdown on Bitcoin in China last year, mining the largest cryptocurrency actually got much dirtier and emits around the same amount of CO2 annually as a country the size of Greece, a new study shows.

The joint study, titled Revisiting Bitcoin's Carbon Footprint, showed that the share of renewable electricity sources that fuel the Bitcoin network may have decreased from an average of 41.6 per cent in 2020 to 25.1 per cent in August 2021.

It also showed Bitcoin could be responsible for 65.4 megatonnes of CO2 annually, which is comparable to country-level emissions in Greece.

In May 2021, Chinese authorities ordered a crackdown on crypto mining and trading and regulators banned financial institutions from offering services related to cryptocurrencies.

As a result, many miners fled to Kazakhstan and the United States.

One of the reasons for the decline in renewable energy sources powering Bitcoin mining is because the Bitcoin network no longer had access to hydropower from the Chinese provinces of Sichuan and Yunnan, said Alex de Vries, one of the authors of the study and a researcher at the School of Business and Economics at the Vrije Universiteit in Amsterdam.

"The reason why they had that amount of renewables was because within China, they could move around and they could get hydropower during the summer months and then in the winter months, they would be using coal," he told Euronews Next.

He said as soon as China banned Bitcoin mining, they moved to Kazakhstan and to the US.

"Kazakhstan coal replaced the Chinese coal, and Kazakhstan uses hardcore, which is the worst type of coal, the most carbon-intensive type of coal,” de Vries said, adding that in the US, miners replaced hydropower with natural gas.

Bitcoin uses a system called "proof of work". The mechanism is used to confirm transactions and add new blocks to the chain.

But the system, which works like a competitive numeric guessing game, requires a global network of computers to run at the same time when a transaction takes place. This is why it uses so much energy as it is designed to encourage increased computing effort.

Bitcoin was built to resist regulation and censorship but, according to de Vries, even if every country banned Proof of Work mining, it would not make much difference.

"As a country, you can't really hide mining on the grid but as soon as that type of operation is completely forbidden then the next issue is that people can still buy these machines and put them in their own houses," he said.

However, finding a solution is difficult as even switching to renewable energies, which are more expensive than fossil fuels, comes with its problems.

"You would have to bring down the price of renewables by law to make sure that these mines only use renewables, and then the question is, do you want them using your renewables because you'd have to subsidise it for them? But what are you getting back for?" de Vries said.

World leaders and companies have tried to regulate the environmental damage caused by cryptocurrencies.

More than 200 companies and individuals launched the Crypto Climate Accord last year, committing to net-zero operations by 2030 which would involve mainly switching to renewable power sources.

Given the findings in the latest report, the accord is not a solution as it is a voluntary agreement, de Vries said.

"It clearly is not working because the network actually got less green during the year.