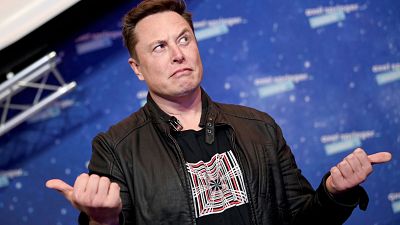 Elon Musk has hit out at the "fun police" after pressure from a US safety agency forced Tesla to remove a feature that allowed its cars to play the sounds of goats, musical instruments and farts.

According to the National Highway Traffic Safety Administration (NHTSA), the "Boombox" feature could interfere with the pedestrian warning sounds (PWS) that electric vehicles are legally required to make when driving at low speeds.

"The Boombox functionality allows a customer to play preset or custom sounds when the vehicle is in motion through the PWS external speaker," a safety recall report published earlier this month said.

On February 4, Tesla said it had agreed to send an over-the-air update to almost 579,000 vehicles that would disable Boombox while the EVs are in drive, neutral and reverse modes.

The company said that while Boombox could in theory enhance "the conspicuity of the vehicle to pedestrians," it accepted that cars which emit the sound of farm animals, flatulence or play music may in fact be "noncompliant" with the relevant safety regulations.

On Sunday, company boss Elon Musk responded to a question about the recall, saying "the fun police made us do it (sigh)".

Tesla said it was "not aware" of any accidents, injuries or deaths related to the issue. The recall notice only applies to Teslas in the United States.

Most Teslas in Europe do not have external speakers fitted, and so were never able to play Boombox sounds. Pedestrian warning sounds, known as Acoustic Vehicle Alerting Systems (AVAS) in EU law, were not legally required until July 1 last year.

The Boombox recall is Tesla's 15th since January last year, according to NHTSA records. In addition, the safety agency has opened multiple investigations into the company.

Michael Brooks, acting executive director of the nonprofit Centre for Auto Safety, said Tesla seems to be playing "cat and mouse" with NHTSA's enforcement team by pushing safety limits. The company is taking resources from the agency, which is trying to deal with spiking highway death rates, he said.

Brooks called on the NHTSA to consider civil fines for Tesla because recalls, investigations, orders and other methods were not working.

"They're trying here, but at some point you have to kind of call Tesla out on its general strategy, which appears to be pushing the limits of the safety act," Brooks said.