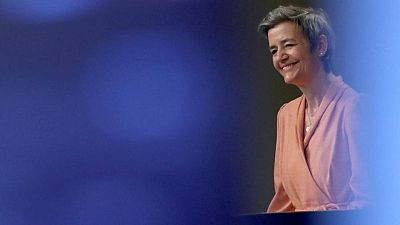 European Union authorities need to better understand the futuristic digital world known as the 'metaverse' before they can decide how to regulate it, the bloc's antitrust chief said on Tuesday.

The metaverse involves a network of virtual environments accessed via different devices where users can work, socialise and play. It has come into sharper focus since Facebook changed its name to Meta last October to reflect its bet on the new sector.

That move has in turn triggered concerns about Facebook's possible dominance.

The role of a regulator in the metaverse

"The metaverse is here already. So of course we start analysing what will be the role for a regulator, what is the role for our legislature," Margrethe Vestager told an online event organised by a group of German newspaper publishers.

"Everything we do must be fact-based and based on the information that we can get... We need to understand it before we can decide what actions would be appropriate," said Vestager, who is Denmark's representative on the EU's executive Commission.

Facebook is already in Vestager's crosshairs over its collection and use of data. Companies can be fined up to 10 per cent of their global turnover if found guilty of breaching the bloc's antitrust rules.

Meta, which is betting the metaverse will be the successor to the mobile internet, has invested heavily in virtual and augmented reality. It has not shared many details about how brands will monetise in the metaverse.

Not just one metaverse

But Meta is not the first or only company working on building this new digital world.

Early versions of the metaverse emerged in the early noughties, most notably Second Life from San Francisco-based company Linden labs.