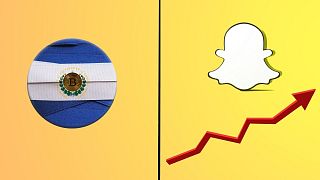 The government of El Salvador on Monday rejected a recommendation by the International Monetary Fund (IMF) to drop Bitcoin as legal tender in the Central American country.

Treasury minister Alejandro Zelaya angrily said that “no international organisation is going to make us do anything, anything at all”.

Zelaya told a local television station that Bitcoin is an issue of "sovereignty”.

“Countries are sovereign nations and they take sovereign decisions about public policy,” he said.

The IMF had urged El Salvador to drop Bitcoin as legal tender and better regulate the digital wallet the government created and promoted to its citizens at the end of January.

"The adoption of a cryptocurrency as legal tender, however, entails large risks for financial and market integrity, financial stability and consumer protection,” it said in a statement.

It suggested there could be benefits to the use of Chivo, but only using dollars, not Bitcoin.

“In the near-term the actual costs of implementing Chivo and operationalising the Bitcoin law exceed potential benefits,” the report said.

Salvadoran president Nayib Bukele had been dismissive of the IMF’s recommendations concerning Bitcoin.

Government officials told the IMF that the launch of Chivo had significantly increased financial inclusion, drawing millions of people who previously lacked bank accounts into the financial system.

The government did not see a need to scale back the scope of its Bitcoin law, but agreed regulation could be strengthened, according to a report.

Bukele led the push to adopt Bitcoin as legal tender alongside the US dollar. El Salvador’s Legislative Assembly made the country the first to do so in June with the Bitcoin law taking effect in September.

Snap said on Thursday that its advertising business has bounced back from the effects of Apple's privacy changes faster than it expected.

Shares in the company skyrocketed 50 per cent after it provided a first quarter outlook that surpassed analyst estimates.

The results were good news for a tech sector that has been hammered this week over gloomy outlooks and concern that Apple's privacy updates, which were introduced last year and allow users to prevent apps from tracking their online activity for advertising purposes, would hurt ad revenue.

The guidance for both metrics surpassed analyst estimates, according to IBES data from Refinitiv.

The earnings reports from both Snap and Pinterest contrast with that of Facebook owner Meta, whose shares fell 26 per cent on Thursday in what could be the largest single-day wipeout in market value for a US company, a day after it said the impact from Apple's privacy changes could be "in the order of $10 billion [€8.74 billion]" this year.

Meta said the Apple updates hurt advertisers' ability to target ads to potential customers and measure the effectiveness of ads.

A large portion of Snap's advertisers began using new ad measurement tools by the end of the fourth quarter, and parts of Snap's advertising business began to recover from the Apple changes "quicker than we anticipated," said Snap Chief Financial Officer Derek Andersen.

Snap's revenue for the fourth quarter ending on December 31 was $1.3 billion (€1.14 billion), an increase of 42 per cent from the prior-year quarter. The figure beat analyst expectations of $1.2 billion (€1.05 billion), according to IBES data from Refinitiv.

Snap still has a long runway for growth compared to larger tech rivals. It has developed a strategy to attract new users across Latin America, Europe and Asia. Meta reported Wednesday that Facebook has 2.91 billion monthly users globally, which showed no growth compared with the previous quarter.

Snap also reported its first quarter of positive net income since its initial public offering, with earnings of $22.5 million (€19.65 million) in the fourth quarter, compared with a net loss of $113 million (€98.69 million) in the prior-year quarter.

Tesla is recalling more than 817,000 vehicles in the US because the seat belt reminder chimes may not sound when the vehicles are started and the driver hasn't buckled up.

US federal motor vehicle safety laws require the chimes to sound when vehicles are started, and the sound stops when front belts are buckled.

The recall documents posted by the National Highway Traffic Safety Administration ( NHTSA) say the problem happens only if the driver left the vehicle in the previous drive cycle while the chime was sounding.

Tesla will fix the problem by sending out an over the air software update early this month. The safety agency says without the chime, a driver may not know their seat belt is unbuckled, increasing the risk of injury during a crash.

The company says in the documents that it's not aware of any crashes or injuries due to the problem. A visual seat belt reminder is still displayed.

The US recall is the largest in Tesla’s history and comes as the company faces increasing scrutiny from the NHTSA.

The agency also said this week that Tesla would recall nearly 54,000 cars and SUVs because their “Full Self-Driving” software lets them roll through stop signs without coming to a complete halt.

Recall documents posted on Tuesday say that Tesla will disable the feature with a software update. The “rolling stop” feature allows vehicles to go through intersections with all-way stop signs at up to 9 km per hour. The feature would work as long as the owner chose to activate it and the car didn’t detect any “relevant” moving cars, pedestrians or bicyclists.

Tesla’s “Full Self-Driving” software is being tested by selected owners on public roads. Despite its name, it cannot drive itself, and the company warns that drivers must be ready to intervene at any time.

The NHTSA also is looking into a driver’s complaint that the “Full Self-Driving” software caused a crash in California.

On top of that, it’s also investigating why Teslas using the company’s less-sophisticated “Autopilot” driver-assist system have repeatedly crashed into emergency vehicles parked on roadways.

Facebook lost daily users for the first time ever. Here's why