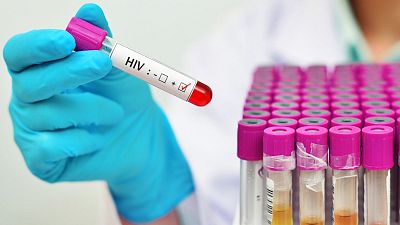 A new highly virulent strain of HIV has been discovered in the Netherlands by researchers at Oxford University.

Scientists believe that what they call the ‘VB variant’ has been in circulation since the late 1980s.

Fortunately, they found that modern treatments are effective against the strain as individuals with the variant had similar immune system recovery and survival to individuals with other HIV variants and the research team stressed that the findings are no cause for alarm.

What is the difference between the VB variant and other HIV variants?

Individuals with the VB variant had between 3.5 to 5.5 times higher levels of the virus in their blood.

In addition, the rate of CD4 cell decline - the hallmark of immune system damage by HIV - occurred twice as fast in individuals with the VB variant, placing them at risk of developing AIDS much more rapidly.

Individuals with the newly-discovered variant also showed an increased risk of transmitting the virus to others.

How did the researchers discover the VB variant?

The VB variant was first identified in 17 HIV positive individuals from the BEEHIVE project, an ongoing study which collects samples from across Europe and Uganda.

Since 15 of these people came from the Netherlands, the researchers then analysed data from a cohort of over 6,700 HIV positive individuals in the Netherlands.

This identified an additional 92 individuals with the variant, from all regions of the Netherlands, bringing the total to 109.

The individuals with the VB variant showed typical characteristics for people living with HIV in the country, including age, sex, and suspected mode of transmission.

Researchers say this indicates that the increased transmissibility of the VB variant is due to a property of the virus itself, rather than a characteristic of people with the virus.

The work also supports the theory that viruses can evolve to become more virulent, a widely-hypothesised idea that has few real-world examples.

The Delta COVID-19 variant was another recent example.

What should be done now?

“Our findings emphasise the importance of World Health Organisation [WHO] guidance that individuals at risk of acquiring HIV have access to regular testing to allow early diagnosis, followed by immediate treatment,” said Christophe Fraser, senior author of the research and Professor at the University of Oxford’s Big Data Institute and Nuffield Department of Medicine.

“This limits the amount of time HIV can damage an individual’s immune system and jeopardise their health. It also ensures that HIV is suppressed as quickly as possible, which prevents transmission to other individuals,” he added.

When a person living with HIV is on regular treatment, it lowers the amount of virus in their body to undetectable levels and there is zero risk of passing it on to others; researchers say this is still the case with the newly-discovered variant.

However, the pace of HIV testing declined almost uniformly across the world in the last two years and fewer people living with HIV initiated treatment in 2020 in 40 of 50 countries reporting data to UNAIDS, the joint UN programme for HIV and AIDs advocacy.

The COVID-19 pandemic saw resources in many countries diverted and STI and HIV testing sites in particular were severely affected.

In 2020, harm reduction services for people who use drugs were disrupted in 65 per cent of 130 countries surveyed, according to a report from UNAIDS.

In Europe, despite the potential under-diagnosis and under-reporting in 2020, 104,765 new HIV infections were diagnosed in 46 of the 53 countries of the WHO European Region, including 14,971 from countries in the European Union/European Economic Area.

Despite the fact that there is a proven treatment for HIV, there are massive inequality issues when it comes to access.

Some countries have made remarkable progress against HIV, demonstrating what is feasible.

Six in seven new HIV infections among adolescents in sub-Saharan Africa are occurring among young girls. Worldwide, gay men and other men who have sex with men, sex workers and people who use drugs face 25 to 35 times higher risk of acquiring HIV.

In order to reduce these risks, UNAIDS has five general pillars to improve HIV prevention: programmes for adolescent girls, young women and their male partners in settings with high HIV incidence, condom distribution and related behavioural change programmes, voluntary medical male circumcision and pre-exposure prophylaxis, also known as PrEP, a medicine which people can take to prevent getting HIV.