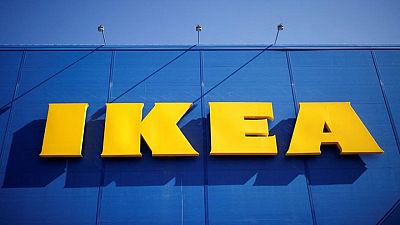 <div> <p><span class="caps">STOCKHOLM</span> – The world’s biggest furniture brand <span class="caps">IKEA</span> is raising prices by an average of 9% as it faces increasing costs in transport and raw materials, the owner of most of its stores worldwide said on Thursday.</p> <p><span class="caps">IKEA</span> had previously said it was leasing more ships, buying containers and re-routing goods between warehouses to mitigate supply chain disruptions but said it was now having to pass the costs onto customers, as it expected the turbulence to continue.</p> <p>Ingka Group said prices would go up around 9% on average across its markets, with local variations reflecting different inflationary pressures, including commodity and the supply chain issues. </p> <p>“Unfortunately now, for the first time since higher costs have begun to affect the global economy, we have to pass parts of those increased costs onto our customers,” Retail Operations Manager Tolga Öncü said.</p> <p>“<span class="caps">IKEA</span> continues to face significant transport and raw material constraints driving up costs, with no anticipated break in the foreseeable future,” the group said in a statement, adding it expected disruptions to continue “far into 2022”. </p> <p>Ingka Group has seen strong demand during the pandemic as people stayed at home more. </p> <p>It operates through a franchise system, with Ingka the main franchisee to brand owner Inter <span class="caps">IKEA</span> with 392 stores including city stores, and 73 smaller store formats.</p> <p/> </div>