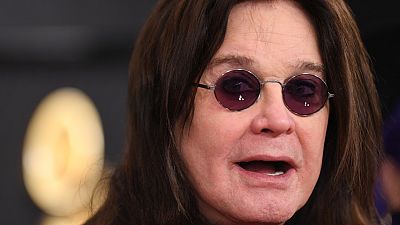 Ozzy Osbourne, the former lead singer of the heavy metal band Black Sabbath, has made his first move into the world of NFTs (non-fungible tokens).

The self-monikered Prince of Darkness announced on Twitter his NFT collection ‘Cryptobatz’, in an obvious nod to a purported incident in 1982 where he bit the head off a bat during a concert.

The Cryptobatz collection, which Osborne says he created himself, consists of 9,666 unique non-fungible token bats and will be available from January.

“I’ve been trying to get in on the NFT action for a while so when I asked Sharon for a Bored Ape for Christmas after several failed attempts of buying my own, and she said no, I decided to create my own,” Osbourne said in a statement.

“CryptoBatz is a f***ing mental project for NFT collectors and fans. The design pays tribute to one of my most iconic onstage moments and is a chance to acquire a rare piece of art history. I love it!”

Rolling Stone, who first reported the story, said each Cryptobat will give collectors a unique opportunity to “birth an additional NFT” by allowing their purchase to “bite” and mutate with another NFT from their digital wallet.

This will be possible with the feature called ‘MutantBatz,’ which allows owners to combine the attributes of two separate projects, which could appeal to NFT collectors.

Rolling Stone said Osbourne will also launch AncientBatz, a treasure hunt for CryptoBatz holders which will see the virtual Batz scattered around the globe in hidden locations.

Overall in 2021, the NFT market had its “best year yet” with over $23 billion (€20 billion) in trading volume, analytics platform DappRadar reported.

NFTs can be anything digital such as tweets or memes but a lot of the excitement is around digital art.

Musicians have also jumped on the opportunity. In March, Kings of Leon became the first band to release an album in NFT form.