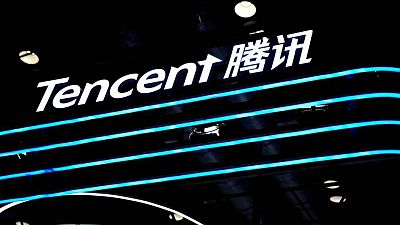 <div> <p>By Sophie Yu and Scott Murdoch</p> <p><span class="caps">BEIJING</span>/HONG <span class="caps">KONG</span> – Chinese gaming and social media company Tencent will pay out a $16.4 billion dividend by distributing most of its JD.com stake, weakening its ties to the e-commerce firm and raising questions about its plans for other holdings. </p> <p>The move comes as Beijing leads a broad regulatory crackdown on technology firms, taking aim at their overseas growth ambitions and domestic concentration of market power.</p> <p>Tencent said on Thursday it will transfer HK$127.69 billion ($16.37 billion) worth of its JD.com stake to shareholders, slashing its holding in China’s second-biggest e-commerce company to 2.3% from around 17% now and losing its spot as JD.com’s biggest shareholder to Walmart.</p> <p>The owner of WeChat, which first invested in JD.com in 2014, said it was the right time for the divestment, given the e-commerce firm had reached a stage where it can self-finance its growth. </p> <p>Chinese regulators have this year blocked https://www.reuters.com/world/china/chinese-antitrust-regulator-blocks-tencents-video-games-merger-2021-07-10 Tencent’s proposed $5.3 billion merger of the country’s top two videogame streaming sites, ordered it to end exclusive music copyright agreements and found WeChat illegally transferred user data.</p> <p>The company is one of a handful of technology giants that dominate China’s internet space and which have historically prevented rivals’ links and services from being shared on their platforms.</p> <p>“This seems to be a continuation of the concept of bringing down the walled gardens and increasing competition among the tech giants by weakening partnerships, exclusivity and other arrangements which weaken competitive pressures,” Mio Kato, a LightStream Research analyst who publishes on Smartkarma said of the JD.com stake transfer.</p> <p>“It could have implications for things like the payments market where Tencent’s relationships with Pinduoduo and JD have helped it maintain some competitiveness with Alipay,” he said.</p> <p>JD.com shares plunged 11.2% at one point in Hong Kong trade on Thursday, the biggest daily percentage decline since its debut in the city in June 2020, before closing with a 7.0.% decline. Shares of Tencent, Asia’s most valuable listed company, rose 4.2%.</p> <p/> <p>(<span class="caps">GRAPHIC</span>: Tencent and JD.com shares – https://fingfx.thomsonreuters.com/gfx/mkt/gkplglneqvb/image-1640231265000.png) </p> <p/> <p>The companies said they would continue to have a business relationship, including an ongoing strategic partnership agreement, though Tencent Executive Director and President Martin Lau will step down from JD.com’s board immediately.</p> <p>Eligible Tencent shareholders will be entitled to one share of JD.com for every 21 shares they hold. </p> <p><span class="caps">PORTFOLIO</span> <span class="caps">DIVESTMENTS</span>?</p> <p>The JD.com stake is part of Tencent’s portfolio of listed investments valued at $185 billion as of Sept. 30, including stakes in e-commerce company Pinduoduo, food delivery firm Meituan, video platform Kuaishou, automaker Tesla and streaming service Spotify.</p> <p>Alex Au, managing director at Hong Kong-based hedge fund manager Alphalex Capital Management, said the JD.com sale made both business and political sense.</p> <p>“There might be other divestments on their way as Tencent heeds the antitrust call while shareholders ask to own those interests in minority stakes themselves,” he said. </p> <p>A person with knowledge of the matter told Reuters Tencent has no plans to exit its other investments. When asked about Pinduoduo and Meituan, the person said they are not as well-developed as JD.com.</p> <p>The Chinese internet giant has also invested in overseas companies such as Tesla, Netamble, Snapchat, Spotify and Sea. “Going abroad is one of Tencent’s most important strategies in the future,” a <span class="caps">CITIC</span> Securities research note said on Thursday. “The possibility of selling overseas high-quality technology and internet assets is small.”</p> <p>Tencent chose to distribute the JD shares as a dividend rather than sell them on the market in an attempt to avoid a steep fall in JD.com’s share price as well as a high tax bill, the person added.</p> <p>Kenny Ng, an analyst at Everbright Sun Hung Kai, said the decision was “definitely negative” for JD.com. </p> <p>“Although Tencent’s reduction of JD’s holdings may not have much impact on JD’s actual business, when the shares are transferred from Tencent to Tencent’s shareholders, the chances of Tencent’s shareholders selling JD’s shares as dividends will increase,” he said.</p> <p>Technology investor Prosus, which is Tencent’s largest shareholder with a 29% stake and is controlled by Naspers of South Africa, will receive the biggest portion of JD.com shares.</p> <p>Walmart owns a 9.3% stake in JD.com, according to the Chinese company. Payments processor Alipay is part of Tencent rival Alibaba Group.</p> <p>($1 = 7.7996 Hong Kong dollars)</p> <p/> </div>