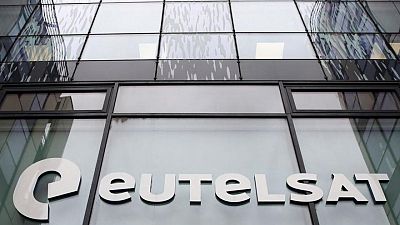 <div> <p>By Miranda Murray and Alexander Marrow</p> <p><span class="caps">BERLIN</span>/MOSCOW -The new German-language broadcast of Russia’s international television station RT went off the air days after its launch after German authorities ruled that it did not have the licence it needed to operate in the country.</p> <p>The ban, which led to Eutelsat removing RT Deutsch from the list of channels broadcast from its satellites on Wednesday, came amid rising East-West tensions over energy supplies and Russian military activity on Ukraine’s borders.</p> <p>Launched in 2005, at a time when many countries including Britain, France, Gulf states and Iran were beefing up their international public broadcasting operations, the state-owned RT is regarded by most Western governments as a propaganda outlet.</p> <p>“The broadcast is in German and targets the German market,” the broadcast authority for the German capital Berlin, where RT has offices, said in a statement. “It did not apply for a broadcasting permit and nor was one issued.”</p> <p>The channel, whose live stream on Alphabet’s YouTube was also removed https://www.reuters.com/business/media-telecom/russia-demands-youtube-restore-rts-german-language-channel-2021-12-17 shortly after its launch last Thursday, can still be watched live on its own website.</p> <p>RT broadcasts news that is broadly sympathetic to Russian foreign policy and often dramatises news from countries that have a difficult relationship with Moscow. </p> <p>“From coronavirus to civil war?” read the headline to one opinion piece on the website on Wednesday that speculated about the possibility of mandatory vaccination in Germany.</p> <p>RT says a licence it holds in Serbia gives it the right to broadcast in Germany under the terms of the European Convention on Transfrontier Television https://www.coe.int/en/web/conventions/-/council-of-europe-european-convention-on-transfrontier-television-ets-no-132-translations, a Council of Europe agreement to which both countries are party.</p> <p>“We consider the actions of the German regulator to be illegal and are convinced that this decision will be reviewed in court,” an RT statement said.</p> <p>“I don’t exclude us having to react if this unacceptable situation continues,” Russian Foreign Minister Sergei Lavrov said with respect to the ban, accusing “Western partners” of “strangling the media”.</p> <p>Nobel Peace Prize laureate Dmitry Muratov earlier this month said https://www.reuters.com/world/nobel-peace-laureates-receive-award-person-despite-high-covid-19-rates-2021-12-10 journalism in Russia was going “through a dark valley”, with over a hundred journalists, media outlets, human rights defenders and non-governmental organisations having been branded foreign agents, a designation that can stifle access to funds.</p> <p>Russian authorities say the foreign agents list is needed to safeguard the country from external influence.</p> <p>Russian state media have extensive operations in Berlin, including Ruptly, a video news agency that competes in some areas with Reuters News.</p> </div>