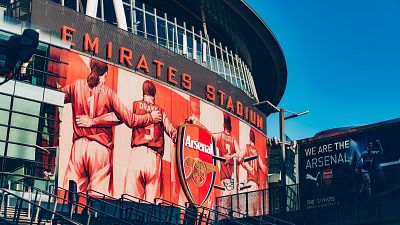 English Premier League side Arsenal "took advantage" of fans' inexperience with cryptocurrencies with an advert for fan tokens, the UK's Advertising Standards Authority (ASA) has ruled.

A web page and Facebook post featuring players from the London-based team encouraged fans to claim a "free" $AFC token by registering with the football fan token platform Socios, but did not always make it clear that the tokens are a crypto asset that can rise and fall in value, the ASA said on Wednesday.

Fan tokens are a growing industry among football clubs, which claim they offer fans the ability to vote on and participate in the daily running of their side. However, they are also a speculative crypto asset which can rise and fall in value.

By offering a free token to entice fans into registering with Socios, Arsenal's advertising "encouraged consumers to engage in such a high risk investment without consideration and trivialised what was a serious and potentially costly financial decision," the ASA said.

It is the first time the authority has judged a football club's fan token marketing to have broken advertising rules in the UK, ruling that "the ads must not appear again in the form complained about".

Is this investment advice?

Key to the ASA's ruling is the fact that fans must convert money to Socios' Chiliz cryptocurrency in order to buy fan tokens on the site. In its ruling, the regulator accepted that warnings about the risks of crypto investing were available on Arsenal's website, but said the Socios signup page the adverts linked to did not immediately give information on cryptoassets.

The adverts also failed to highlight that crypto profits can lead to tax obligations and that the $AFC fan tokens could only be bought by first buying Socios' own cryptocurrency, Chiliz, the ASA said.

The Arsenal webpage announcing the tokens now carries a prominent warning about cryptoasset trading. Archived versions of the page show that when it was originally published on August 6 this year, no such warning was in place.

Responding to the ASA's investigation, Arsenal argued that the tokens were "not promoted as financial products or an investment vehicle" and were simply intended as "utility tokens used to encourage fan participation".

The extent of this participation was highlighted in a post advertising the tokens on the Arsenal Facebook page in August this year.

"What song do you want to hear when we win? Download the Socios app to get your token and vote," the now-banned advert said.

Crypto assets have increasingly come under scrutiny by the British advertising authority in recent months.

The north London side is not alone in making moves into crypto. Socios sells fan tokens for a number of major European clubs including Manchester City, Barcelona, Juventus and Dynamo Zagreb.

On its website, Socios says it does not see fan tokens as primarily financial instruments, but acknowledges that "a secondary market does exist" and offers customers the ability to buy and sell the tokens inside its own peer-to-peer marketplace.

Some critics remain unconvinced by claims that the tokens are meant to offer fans the chance to deepen their relationship with football clubs. Earlier this month finance expert David Gerard told Euronews that prospective buyers should be careful.

Why 2022 will be the year cryptocurrencies mature and enter mainstream