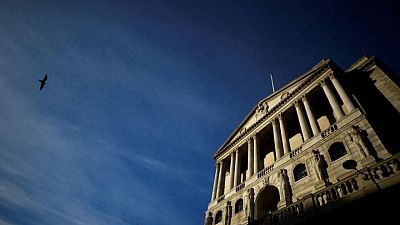 <div> <p>By Huw Jones</p> <p><span class="caps">LONDON</span> – London’s two big derivatives clearing houses should not be cut off from customers in the European Union until there are ‘incentives’ to shift business to the bloc such as capital charges, the EU’s securities watchdog said on Friday.</p> <p>Even before Brexit, EU policymakers have long wanted multi-trillion euro clearing moved to Frankfurt where it can be overseen by its own agencies such as the European Central Bank, particularly in times of market turmoil.</p> <p>Despite Britain’s full departure from the EU a year ago, the London Stock Exchange (<span class="caps">LSEG</span>) still clears some 90% of euro interest rate swaps used by companies on the continent to hedge against adverse moves in borrowing costs.</p> <p>The bloc has sought to persuade banks to shift clearing from London to Deutsche Boerse in Frankfurt but with little success.</p> <p>The EU’s European Securities and Markets Authority (<span class="caps">ESMA</span>) published its keenly-awaited report on Friday into whether euro clearing in London was of such importance that it should be relocated to the EU.</p> <p><span class="caps">ESMA</span> said it concluded that euro and Polish zloty clearing at <span class="caps">LSEG</span> and <span class="caps">ICE</span> Clear were of “substantial systemic importance” and posed risks to EU financial stability which may not be fully mitigated under current rules.</p> <p>But the costs and risks of stopping EU customers using London-based clearers would outweigh the benefits to the EU at this time, <span class="caps">ESMA</span> said.</p> <p>The watchdog proposed “appropriate incentives for reducing the size of EU exposures” to the two clearers in London.</p> <p>These could include requirements for alternative clearing arrangements for clearing members or clients, and appropriate prudential requirements – capital charges – to “effectively incentivise” the participants to reduce their exposures.</p> <p>“If these incentives are brought forward, we expect that the liquidity will shift in a way that makes the EU <span class="caps">CCP</span>s (clearers) attractive, the cost lower, the product offering broader,” Froukelien Wendt, member of <span class="caps">ESMA</span>’s clearing supervisory committee, told reporters. </p> <p><span class="caps">ESMA</span> said it also wanted to widen its cooperation agreement with the Bank of England to give itself more powers to intervene in London clearers if they suffer failures.</p> <p>While much of Britain’s financial sector is now cut off from the EU, Brussels allowed banks in the bloc to continue clearing contracts in London until June 2022.</p> <p>The EU’s financial services chief Mairead McGuinness has said she will propose a further, temporary extension, using the <span class="caps">ESMA</span> report to help her determine its length and end overreliance on London.</p> <p/> </div>