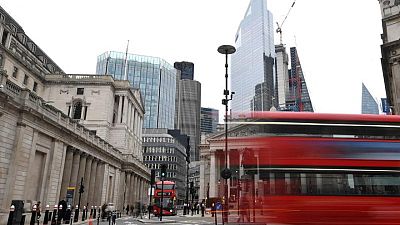 <div> <p>By William Schomberg and David Milliken</p> <p><span class="caps">LONDON</span> – Bank of England Chief Economist Huw Pill said the central bank would need to raise interest rates further if inflation persists, a day after the BoE increased borrowing costs for the first time since the start of the <span class="caps">COVID</span>-19 pandemic.</p> <p>Asked on <span class="caps">CNBC</span> television whether there would be “a lot more rate hikes to come”, if inflation remained at its current level, Pill replied on Friday: “Well I think that’s true.”</p> <p>“Yesterday was the Bank’s response to a view that … underlying, more domestically generated inflation here in the UK, probably centred around cost and wage pressures in a tight and tightening labour market, are going to prove more persistent through time,” he added.</p> <p>The BoE voted 8-1 on Thursday to raise its main interest rate to 0.25% from 0.1%, making it the first major central bank to do so since the onset of the pandemic. Financial markets expect further increases to 0.5% by March and 1% by September.</p> <p>The central bank has revised up its inflation forecast to predict consumer price inflation will peak at a 30-year high of around 6% in April, when regulated household energy bills are due to rise. <span class="caps">CPI</span> hit a 10-year high of 5.1% in November, more than double the BoE’s 2% target.</p> <p>Pill, echoing the BoE’s latest policy statement, said it was unclear whether the rapidly spreading Omicron variant of coronavirus would increase or dampen inflationary pressures.</p> <p>“We need to move forward now cautiously, in the sense that we need to assess whether Omicron is going to lead to some reversal of the strength of the dynamics in the economy – and particularly in the labour market – that we have seen over the last six months-plus.”</p> <p>“But I think it is also important to keep in mind that Omicron-related uncertainty is two-sided, at least as it is reflected in our core objective, our ambition in terms of the inflation outlook over the medium term,” he added.</p> <p>The pandemic had shown that lockdowns and social distancing did not always reduce consumer demand, and instead shifted it towards durable goods where there were often supply-chain difficulties, pushing up prices, Pill said.</p> <p>Higher interest rates would not offset the short-term effect of surging energy prices, which have been boosted by tension between Russia and Ukraine pushing up natural gas prices.</p> <p>“That’s something which is very uncomfortable for us because it’s keeping inflation above target, well above target and unacceptably above target for a longer time,” Pill said.</p> <p>But the central bank would seek to limit domestically generated pressures from a tight jobs market. </p> <p>“Those are things that are likely to require a monetary policy response here in the UK in order to ensure that they are contained,” he said.</p> <p>The BoE cut its unemployment forecast for the final quarter of this year to 4% from 4.5% on Thursday, and estimated underlying private-sector wages were rising at an annual rate of 4.5% compared with 3% before the pandemic.</p> <p/> </div>