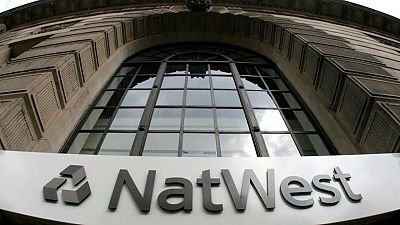 <div> <p>By Lawrence White</p> <p><span class="caps">LONDON</span> – Marieke Flament, chief executive of NatWest’s digital bank for businesses, is leaving after two and a half years to join Swiss-based blockchain foundation <span class="caps">NEAR</span> as <span class="caps">CEO</span>, she told Reuters.</p> <p>The non-profit <span class="caps">NEAR</span> oversees the governance and development of its blockchain of the same name, which it says makes it easier for entrepreneurs and developers to build financial products, non fungible tokens (<span class="caps">NFT</span>s) and other products.</p> <p>There is exploding global interest in digital assets, with <span class="caps">NFT</span> artworks selling for millions of dollars, but also rising scepticism about the sustainability of the boom and practical use cases for the underlying blockchain technology.</p> <p>Flament is leaving NatWest’s business bank Mettle, one of the British lender’s few remaining standalone digital bank initiatives, after it closed similar projects in recent years.</p> <p>NatWest in May 2020 shuttered Mettle’s equivalent for individual customers, Bó, after it attracted just 11,000 users since its launch in November 2019.</p> <p>In March this year it closed its online small business lending platform Esme Loans.</p> <p>“We have worked to ensure a smooth and orderly transition of Marieke’s responsibilities to Andrew Ellis, who is currently running Mettle in addition to his responsibility for our overall Ventures portfolio,” a spokesperson for the bank said. </p> <p>Mettle in 2021 has seen a fourfold increase in customer numbers and 1 billion pounds in customer transactions, the spokesperson told Reuters. </p> <p>Prior to NatWest Flament worked as European managing director at Circle, a platform allowing individuals and institutions to trade and make payments using cryptocurrencies.</p> <p>Flament will join <span class="caps">NEAR</span> on Jan. 1, she told Reuters, with a mandate to drive growth. </p> <p>The foundation is backed by venture capital funds including a16z, Pantera Capital, and Electric Capital.</p> <p/> </div>