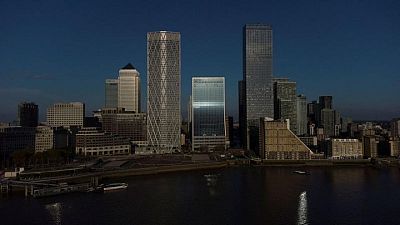 <div> <p> (Corrects to reflect Finablr’s shares were suspended, not delisted)</p> <p><span class="caps">LONDON</span> – Troubled payments company Finablr has been told it cannot delist from the London Stock Exchange without a vote by its shareholders, Britain’s Financial Conduct Authority (<span class="caps">FCA</span>) said on Thursday.</p> <p>Finablr was bought by a Middle Eastern consortium and rebranded as WizzFinancial to create a regional money transfer group.</p> <p>The company’s shares have been suspended since March 2020.</p> <p>Finablr’s application to delist under a rule allowing firms in a precarious financial position to sidestep a shareholder vote has not met the necessary conditions, the <span class="caps">FCA</span> said.</p> <p>Finablr has the right to refer the decision to an Upper Tribunal, the <span class="caps">FCA</span> said, adding it was unable to comment further on the reasons for its decision.</p> <p/> <p/> <p>(This story corrects to reflect Finablr’s shares were suspended, not delisted)</p> <p/> </div>