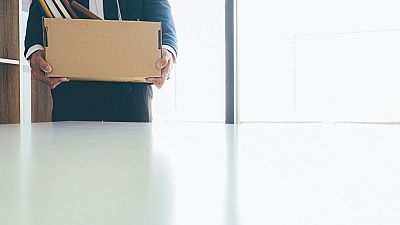 With just weeks to Christmas, Vishal Garg, CEO of the American mortgage company Better.com, summoned 900 of his employees to attend a video conference, the purpose of which he did not specify.

From the first seconds of the call, the manager got right to the point, and stated that the company needed to lay off 15 per cent of its workforce.

"If you're on this call, you are part of the unlucky group that is being laid off,” Garg told his employees in the Zoom call. “Your employment here is terminated effective immediately".

The entrepreneur continued his mass-firing by justifying that “the market has changed, we have to move with it in order to survive”.

“Ultimately, it was my decision and I wanted you to hear it from me,” he added.

He then told the employees they could expect an email from HR with details of severance and benefits, according to The Guardian.

The surprise announcement comes just one week after the mortgage lender startup reportedly received a $750 million (€662 million) cash infusion from investors, according to Forbes.

In an email sent on Wednesday evening to current employees and published on the company’s website, the CEO backpedalled and sent an apology.

“I failed to show the appropriate amount of respect and appreciation for the individuals who were affected and for their contributions to Better,” Garg wrote.

“I own the decision to do the layoffs, but in communicating it I blundered the execution”.

This is not his first major indiscretion, however. Previously, Garg sent emails calling his team "dumb dolphins" as well as threatening to set fire to a former business partner, a relationship that ended in a court battle.

The ways and means of announcing a dismissal

Euronews Next contacted Paris-based lawyer Nicolas Mancret, who specialises in social and employment law at the Jeantet law firm.

According to him, “the advisory mode is nowadays done a lot by videoconference”.

“We have tools produced by new technologies that make it possible to retrieve more quickly and easily the documentation and decisions handed down by the various courts and courts of appeal,” he told Euronews Next.

“First of all, a strict procedure must be followed, which is provided for by the Labour Code in Articles L. 12, 32, indent 2 and following of the Code, and depending on the procedure, there is the obligation to summon the employee,” he said.

“Secondly, to hold a preliminary interview and finally, in a third stage, to send a letter of dismissal when it is an individual procedure.

“In the case of this company, we are probably dealing with a layoff that could be described as economic in France and in this case, because of the volume, ie the number of employees concerned, there would be a two-stage procedure,” he said.

“First of all, a so-called collective procedure with the elected bodies of the personnel and/or the trade union organisations, and then, in a second stage, the notification of the redundancies of the employees who are affected. And this notification is done by registered mail”.

“You cannot tell an employee by Zoom that he or she is being made redundant,” the French lawyer concluded.

You cannot tell an employee by Zoom that he or she is being made redundant.

There are exceptions set in previous legal precedents for using online meeting tools for at least some of the stages, for instance when an employee is abroad and not in a position to return.

According to the lawyer, it is “a matter of clumsy communication”.

“I think that, from the point of view of the director, there is a desire to express to everyone that he is planning to lay off 900 employees worldwide,” Mancret said.

“This is an announcement. Then he has to respect the redundancy procedure that is applicable in each country. And it is true that in France, the rule is that the elected bodies of the staff must have the priority for this information“.

What do employees risk for sharing this particular Zoom call?

In French law, the theoretical penalty for recording a private conversation without the person’s knowledge is quite high: a €45,000 fine and a prison sentence of two years.

In some exceptional conditions, such as providing material or proofs to contest a layoff for example, an employee can record conversations he or she has had with his boss, Mancret told Euronews Next.

But in this case, where 900 employees are involved, “there will obviously be a legal debate through numbers and public speech and at the same time it concerns each employee in a commutative way,” Mancret said. “There will be a discussion on this subject indeed.”

You’ve been e-dismissed is the new 2.0 HR management

This is not the first time that employees of a major company learned of their dismissal through brutal means.

At the peak of the first wave of the coronavirus pandemic in May 2020, the ride-sharing giant Uber fired as many as 3,500 customer service and recruitment staff in three minutes in a Zoom call.

Ruffin Chevaleau, who leads Uber’s customer service office told the workers back then that Uber had suffered greatly because of COVID-19 and that their business had fallen by 50 per cent.

“With trip volume down, the difficult and unfortunate reality is there is not enough work for many front-line customer support employees,” Chevaleau said while informing the employees.

“'I know that this is incredibly hard to hear. No one wants to be on a call like this. With everyone remote and a change of this magnitude, we had to do this in a way that allowed us to tell you as quickly as possible so that you did not hear it from the rumour mill”.