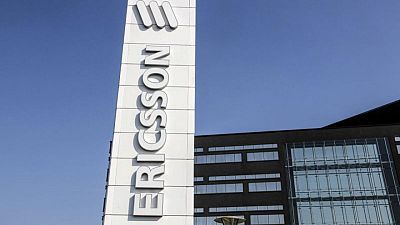 <div> <p><span class="caps">STOCKHOLM</span> – Sweden’s Ericsson on Tuesday raised its global forecast for 5G mobile subscriptions to 660 million by the end of this year, citing stronger than expected demand in China and North America.</p> <p>The telecom equipment maker, which had previously forecast 580 million subscriptions, said it expected 4.4 billion 5G subscriptions by the end of 2027, accounting for almost half of all mobile subscriptions at that time.</p> <p>Ericsson said in its biannual Mobility Report that the strong demand in China and North America was driven partly by decreasing prices of 5G devices.</p> <p>While 5G will become the dominant mobile access technology by subscriptions in 2027, Ericsson foresees 4G subscriptions to peak in Q4 2021, then decline as subscribers migrate to 5G.</p> <p>Ericsson, which competes with China’s Huawei and Finland’s Nokia, added that 75% of the world’s population will have access to 5G coverage in 2027.</p> <p/> </div>