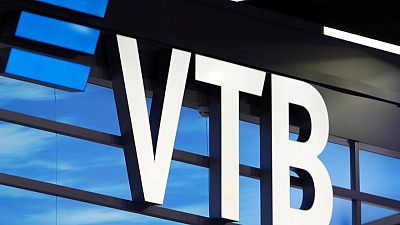 <div> <p>By Katya Golubkova</p> <p><span class="caps">MOSCOW</span> – Russia’s No. 2 bank <span class="caps">VTB</span> will remain the controlling shareholder of grains business Demetra for at least another three years and could then consider floating it in an <span class="caps">IPO</span>, Chief Executive Andrey Kostin told Reuters.</p> <p>The state-controlled bank became the largest operator of Russia’s grain export infrastructure and a major grains trader after a series of acquisitions https://www.reuters.com/article/us-russia-grains-vtb-exclusive-idUKKCN1VD123 in recent years. It said in 2019, it planned to expand its grains business further and then exit.</p> <p>Once the development stage is complete, <span class="caps">VTB</span> could consider various options for selling its stake, including an initial public offering of Demetra’s shares, its <span class="caps">CEO</span> said.</p> <p>“I think it will take us three years, at least, before we create such a value that we would be interested in selling. Eventually, maybe we will go out through an <span class="caps">IPO</span>, but not now – there is still a lot of work to be done,” Kostin said in an interview conducted for publication on Monday.</p> <p><span class="caps">VTB</span>’s Demetra holds stakes in several Russian Black Sea grain export terminals and Russia’s largest grain railcar owner Rustranscom. It is also Russia’s third largest wheat exporter, supplying Algeria among other markets.</p> <p>“We have at least three more projects (at Demetra) to expand existing or build new port capacity, to develop other logistics, digital development,” Kostin said.</p> <p>The current shareholder structure at Demetra, in which <span class="caps">VTB</span> owns a controlling stake and two Russian investors – Agronova and Marathon – share the rest https://www.reuters.com/article/russia-grains-vtb/russias-vtb-sells-half-of-its-grain-business-to-two-russian-firms-idUSR4N2C500Z, is stable, and <span class="caps">VTB</span> is fine with it, the <span class="caps">CEO</span> said.</p> <p>However, a good offer from a foreign fund or a portfolio investor could still be considered, he added. </p> <p>“We once had talk about a possible entry of foreign funds – and that is not a bad thing when you bring a serious foreign investor into a company and then go for an <span class="caps">IPO</span>, it can have a positive effect on the share price,” Kostin said. “I would be flexible here.”</p> <p>“If a good portfolio investor comes along, why not? But this is purely my general thinking, this issue has not been discussed – if suddenly there is a good offer at a good price, we will sit down with partners at the negotiating table and make a decision,” he added.</p> <p/> </div>