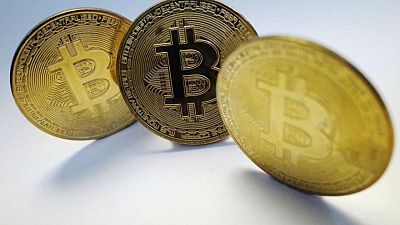 <div> <p>By Lisa Pauline Mattackal and Medha Singh</p> <p> – Cryptocurrencies survived one of the largest market shocks since the earliest days of the pandemic last week, with El Salvador a notable dip buyer, while investors decided not to share Adidas’ excitement over a foray into the buzzy metaverse.</p> <p>El Salvador’s plans to build the world’s first “Bitcoin City” https://www.reuters.com/markets/rates-bonds/el-salvador-plans-first-bitcoin-city-backed-by-bitcoin-bonds-2021-11-21 and Adidas’s entry were the bright spots for digital assets in a week that saw major cryptocurrencies clobbered by fears over the new coronavirus variant Omicron.</p> <p>Bitcoin was down 0.5% on Monday and has lost about 17% of its value from a record $69,000 over the past 19 days. But rival currency ether and tokens linked to the metaverse and decentralized finance applications have fared better. </p> <p>Adidas’s move made waves after the German sportswear retailer said it was partnering with Coinbase Global Inc in a tweet https://twitter.com/adidasoriginals/status/1463571957249630223, although Adidas shares did not join that celebration. </p> <p>The company also bought https://twitter.com/adidasoriginals/status/1462873002350202882 a piece of virtual land called “adiVerse” in the blockchain-based world The Sandbox, with the German company hinting it would build that out to offer virtual reality products, and comes at a time it has warned of a sales hit due to supply chain snags.</p> <p>“That’s something big because it is also a hint of what’s about to hit the fan in a couple of months in the <span class="caps">NFT</span> space: the Adidas sneakers and other branded virtual clothes, shoes and objects,” said Ipek Ozkardeskaya, senior analyst at Swissquote. </p> <p>The price of <span class="caps">SAND</span>, the virtual currency used to buy property and other items, jumped 90% to $7.18 on the news, according to CoinGecko, receiving a second boost since Facebook rebranded to Meta Platforms Inc late last month.</p> <p><span class="caps">MANA</span>, the speculative currency used in leading blockchain-based online world Decentraland, surged 36% to $4.90. Land and other items on Decentraland are sold in the form of non-fungible tokens (<span class="caps">NFT</span>s).</p> <p>Besides the selloff triggered by news of Omicron, last week’s biggest headwind to bitcoin and ether came from an Indian government announcement of a bill that would ban most private cryptocurrency transactions by the country’s estimated 15 million to 20 million crypto investors.</p> <p>‘<span class="caps">SURVIVE</span> <span class="caps">WINTER</span>’</p> <p>Bitcoin traded around 4,376,477 Indian rupees ($58,296.12) on Indian exchange WazirX, a light premium to prices outside the country, reversing from a 15% discount on Tuesday after the announcement.</p> <p>“If it is a blanket ban, in combination with China, you’re talking two centres of the world’s population that are effectively frozen out of crypto,” said Simon Peters, crypto analyst at eToro.</p> <p>Elsewhere, El Salvador’s president announced plans to build the world’s first “Bitcoin City,” funded initially by bitcoin bonds. El Salvador adopted bitcoin as legal tender in September.</p> <p>Average daily trading volumes across all digital asset product types fell by an average of 13% through Oct-end to Nov. 19, while net inflows averaged $203 million, half that in October, according to data from CryptoCompare.</p> <p>It showed that while assets under management in bitcoin-related products have fallen 9.5% to $48.7 billion in the first three weeks of November – the largest month-on-month fall since July – assets in ether products rose 5.4%.</p> <p>Decentralized finance-related token Solana (<span class="caps">SOL</span>) & Litecoin-based products returned 22.0% and 14.9% respectively in the 30 days to November 19, with daily trading volume in the 21Shares Solana <span class="caps">ETP</span> nearly tripling to $6.3 million, CryptoCompare noted.</p> <p>A patch of virtual real estate in Decentraland sold for a record $2.4 million worth of cryptocurrency on Nov. 23, the buyer – crypto investor Tokens.com – and Decentraland said.</p> <p>Meanwhile, the approaching December holiday season could increase volatility, while the U.S. Federal Reserve’s stimulus taper could be bearish for bitcoin, analysts said.</p> <p>“There should be more agnostics focusing on the fact we are in a bad part of the cycle for crypto here – the corrections could be epic,” said Brent Donnelly, president at market insights firm Spectra Markets. </p> <p>“Make sure you can survive winter.”</p> <p>($1 = 75.08 Indian rupees)</p> <p/> </div>