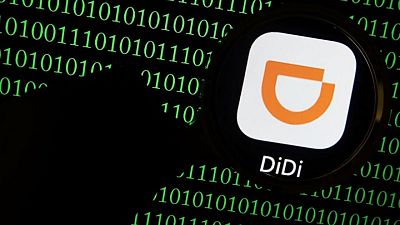 <div> <p>By Julie Zhu, Kane Wu and Brenda Goh</p> <p><span class="caps">HONG</span> <span class="caps">KONG</span>/SHANGHAI – Chinese regulators have pressed top executives of ride hailing giant Didi Global Inc to devise a plan to delist from the New York Stock Exchange due to concerns about data security, two people with knowledge of the matter told Reuters.</p> <p>China’s powerful Cyberspace Administration of China (<span class="caps">CAC</span>) has asked the management to take the company off the U.S. bourse due to worries about leakage of sensitive data, said one of the people.</p> <p>It also wants the ride-hailing giant to promise it would solve the delisting issue within a certain period of time, said the person.</p> <p>The cyberspace regulator said, according to the person, the prerequisite for the relaunch of Didi’s ride-hailing and other apps in China is that the company has to agree to delist from New York.</p> <p>Proposals under consideration include a straight-up privatisation or a second listing in Hong Kong followed by a delisting from the United States, said the person.</p> <p>In July, the <span class="caps">CAC</span> ordered app stores to remove 25 mobile apps operated by Didi – just days after the company listed in New York. It also told Didi to stop registering new users, citing national security and the public interest.</p> <p>Reuters reported earlier this month that Didi is preparing to relaunch its apps in the country by the end of the year in anticipation that Beijing’s cybersecurity investigation into the company would be wrapped up by then, citing sources directly involved in the relaunch.</p> <p>Neither Didi nor the <span class="caps">CAC</span> responded to Reuters’ requests for comments.</p> <p>The people declined to be identified as they were not authorised to speak to the media.</p> <p>Bloomberg first reported regulators’ request for Didi to delist on Friday. Shares in Didi investors SoftBank Group Corp and Tencent Holdings fell more than 5% and 3.1%, respectively following the report.</p> <p>SoftBank Vision Fund owns 21.5% of Didi, followed by Uber Technologies Inc with 12.8% and Tencent’s 6.8%, according to a filing in June by Didi.</p> <p>If the privatization proceeds, shareholders would likely be offered at least the $14 per share <span class="caps">IPO</span> price, since a lower offer so soon after the June offering could prompt lawsuits or shareholder resistance, the report said, citing sources.</p> <p>Shares of Didi, which have fallen 42% since it went public in June, were down 6.3% at $7.60.</p> <p>The company ran afoul of Chinese authorities when it pressed ahead with its New York listing, despite the regulator urging it to put it on hold while a cybersecurity review of its data practices was conducted, sources have told Reuters.</p> <p>Soon after, the <span class="caps">CAC</span> launched an investigation into Didi over its collection and use of personal data. It said data had been collected illegally. </p> <p>Didi responded at the time by saying it had stopped registering new users and would make changes to comply with rules on national security and personal data usage and would protect users’ rights.</p> <p>China’s tech giants are under intense state scrutiny over anti-monopolistic behavior and handling of their vast consumer data, as the government tries to rein in their dominance after years of unfettered growth.</p> <p/> </div>