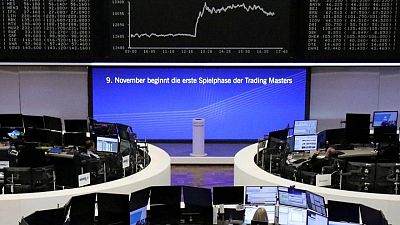 <div> <p>By Huw Jones</p> <p><span class="caps">LONDON</span> – The European Union has moved a step closer to its vision of creating a single capital market across the bloc, a slow moving process but one that is chipping further away at Britain’s status as Europe’s investment banker.</p> <p>The bloc first began an ambitious – but tortuous – process of ultimately creating a single EU securities market in 2015.</p> <p>Creating a single market should make it easier for companies to issue and bonds and shares, enabling them to spread risk and be less reliant on just bank loans for funding – the risks of which were highlighted during the euro zone crisis.</p> <p>On Thursday, the EU set out proposals to introduce a single ‘consolidated’ set of prices for stocks and bonds listed across the EU and a single portal for corporate information – akin to Wall Street’s Edgar system – analysts say the vision will gain more traction.</p> <p>“Those two for me are key to setting up the whole <span class="caps">CMU</span> (capital markets union) effort and when that’s in place you will see a real push to further it. Onwards and upwards,” said Mairead McGuinness, the EU’s financial services chief.</p> <p>The initial plans for a capital markets union were set out in 2015 by McGuinness’ then British predecessor Jonathan Hill to much fanfare, promising the building blocs would be in place by 2019.</p> <p>Follow-up measures two years later raised expectations further, but an EU official acknowledged that there remains a perception that <span class="caps">CMU</span> is an ‘elusive’ goal.</p> <p>“Perhaps the mistake of the original version of capital markets union was that it gave the impression that <span class="caps">CMU</span> was a legislative project that could be ‘completed’ by passing lots of new regulations,” said William Wright, head of New Financial, a London-based think tank that does research on European capital markets. </p> <p>“The current version may look less ambitious but is taking a more practical and tangible approach,” Wright said.</p> <p>The EU capital market is still little more than a quarter as deep as that of the United States, relative to <span class="caps">GDP</span>, with Britain’s twice as deep as the bloc, according to New Financial figures.</p> <p>Sander Schol, a former banker who is head of EU public affairs at consultants Hanbury Strategy, said the less controversial <span class="caps">CMU</span> measures have been approved previously and Brussels’ latest proposals tackle more difficult issues, though rules on even tougher issues that are crucial, such as harmonising insolvency rules, are still missing.</p> <p>This time round the EU executive, the European Commission, has proposed thornier steps for knitting together national markets by creating an EU tape or record of stock and bond trades by 2024, a step exchanges will lobby hard to water down.</p> <p>A single EU point of access for information on listed companies to mirror the ‘Edgar’ filings system on Wall Street, is also proposed.</p> <p>But far tougher reforms like harmonising settlement, taxes on investments and accounting will need tackling to create a truly seamless EU securities market like in the United States, Schol and others said.</p> <p>“Market participants have asked for harmonisation of settlement and insolvency laws but member states don’t want to change insolvency rules, for example, because if you start tinkering with those then you have to change the legal foundations of each country,” Schol said.</p> <p><span class="caps">STRATEGIC</span> <span class="caps">AUTONOMY</span></p> <p>Brexit, the recovery from <span class="caps">COVID</span>-19 and the need for massive investments to tackle climate change have added a sense of urgency to <span class="caps">CMU</span> that was missing six years ago as Brussels seeks to build “strategic autonomy” in sectors like finance.</p> <p>Britain’s exit has shown Brussels that the bloc’s markets can largely stand on their own feet after billions of euros in daily trading of shares, interest rate swaps and EU emissions allowances left London for Amsterdam without market disruption.</p> <p>Previously a relatively small financial centre, the Dutch capital became Europe’s biggest share trading centre immediately after Brexit, although London is now roughly neck and neck. Amsterdam has also attracted 22 public floats and private placements so far this year, raising 10.7 billion euros ($11.99 billion).</p> <p>There have been 108 floats on the London Stock Exchange which raised 16.1 billion pounds ($21.47 billion), though London is aware of how it trails New York, which has raised $128 billion this year.</p> <p>London is expected to remain Europe’s top financial centre in coming years and the EU still relies on London for clearing interest rate swap trades worth trillions of euros, but here too Brussels is determined to reduce reliance over coming years.</p> <p>“One way to think about <span class="caps">CMU</span> is as a multi-decade process of laying the important foundations over five to 10 years and then building on them over the next 10 to 20 years: the United States has a 150-year head start and still doesn’t have a full ‘CMU’,” Wright said.</p> <p>In reality, <span class="caps">CMU</span> was never going to happen overnight and remains a work in progress, said McGuinness, already flagging her next batch of measures due next year to include simplifying listing rules, making cross-border payments more efficient, and finally seeking to harmonise aspects of insolvency laws.</p> <p>($1 = 0.8928 euros)</p> <p>($1 = 0.7497 pounds)</p> <p/> </div>