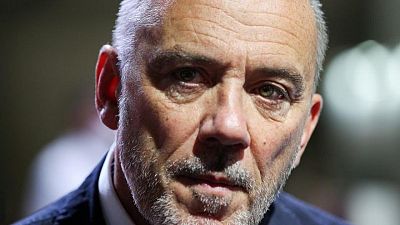 <div> <p>By Mathieu Rosemain and Gwénaëlle Barzic</p> <p><span class="caps">PARIS</span> -The <span class="caps">CEO</span> of Orange, Stephane Richard, will hand in his resignation at a board meeting on Wednesday after a Paris appeal court convicted him of complicity of misuse of public funds, a source with knowledge of the matter told Reuters.</p> <p>Separately, two sources said Richard, who also serves as Orange chairman, was likely to remain in office on an interim basis while the company looks for replacements. </p> <p>Richard had earlier said in a statement it was up to the board to decide whether he should keep his job. He called the court’s verdict, which handed him a one year suspended prison sentence, “deeply unfair” and said he would appeal. </p> <p>“I place my mandate within the hands of Orange’s board of directors,” said Richard, who was acquitted in a first trial.</p> <p>Orange’s board meeting started at 1700 <span class="caps">GMT</span>. Two sources close to the matter said it would be difficult for Richard, who has denied any wrongdoing, to keep his job.</p> <p>French Finance Minister Bruno Le Maire has repeatedly said that the government position is that bosses of state-owned companies should quit if convicted of a crime. A finance ministry statement noted the verdict and said it was paying close attention to the proper functioning of the company.</p> </div>