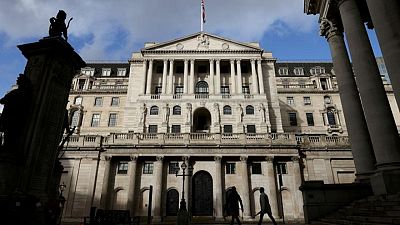 <div> <p><span class="caps">LONDON</span> -Bank of England policymaker Silvana Tenreyro said on Wednesday that she was thinking “more in the medium term” about the question of when the British central bank should start to raise interest rates from their pandemic emergency low.</p> <p>Tenreyro was one of seven members of the nine-strong Monetary Policy Committee who voted to keep borrowing costs on hold earlier this month, a decision that shocked many investors who had been expecting an increase.</p> <p>Financial markets are now betting heavily on a BoE rate hike announcement on Dec. 16 after its next meeting.</p> <p>“We’re learning about critical parts of the economy in coming months. My personal decision will be informed by that. I see myself as thinking more in, you know, (the) medium term,” Tenreyro told a discussion organised by the Oxford Economics Society, a student group.</p> <p>Tenreyro said she saw the BoE’s Bank Rate eventually rising back to its pre-pandemic level of 0.75% from 0.1% now.</p> <p>“But the exact timing is something that will be decided … by looking at the data at the time of the meeting, rather than by a specific set date,” she said. “I wouldn’t want to tell you (it will be) this December or February or whatever, a month in the future. We will be looking at the data.”</p> </div>