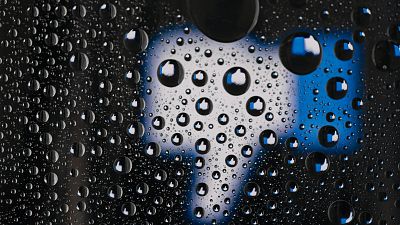 From November 26, the British retailer will close its accounts on the four social media platforms, which it likened to a "dark and dangerous alleyway" and "places no one should be encouraged to go".

Lush said recent revelations by Facebook whistleblower Frances Haugen prompted the decision, which it said must provide a "safer environment for users".

"There is now overwhelming evidence we are being put at risk when using social media. I’m not willing to expose my customers to this harm, so it’s time to take it out of the mix," said the company’s co-founder and CEO Mark Constantine.

Known as much for its political statements as for its pungent high street presence, Lush UK previously announced it would stop posting on Facebook and fellow Meta-owned platform Instagram in 2019.

However, since making that pledge, it has published a number of posts on Instagram.

Lush accounts based in other countries, including the United States and Australia, continue to update both platforms regularly.

Last year, a boycott of the platform saw companies including Adidas, Unilever and US telecoms provider Verizon pause their advertising spending on Facebook for a month.

But while businesses have taken steps to criticise the social media giant, few of these have been long-lasting.

Many of the companies that took part in the July 2020 advertising boycott returned to marketing their products on Facebook, and Starbucks continues to have an active presence on Meta's social media platforms.

In Lush’s case, the company says that its new social media policy will be rolled out across the 48 countries it operates in.

"It is not enough for companies to just stop placing paid advertising; people and their time are the currency of these channels and we do not want our content to be used by hidden algorithms designed to hold people captive on a channel," the company said.

Despite the platforms' own issues with hate speech, Lush said it would continue to use Twitter and YouTube to communicate with customers.