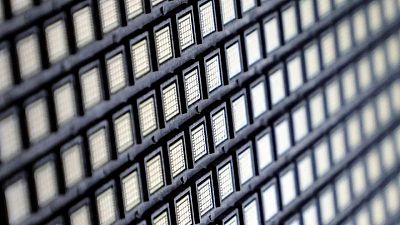 <div> <p>By Rozanna Latiff and Liz Lee</p> <p><span class="caps">KUALA</span> <span class="caps">LUMPUR</span> – The United States’ planned Indo-Pacific economic framework will be inclusive and flexible, and will not be structured like a typical free trade deal, its commerce secretary Gina Raimondo said on Thursday.</p> <p>In a teleconference call during a visit to Malaysia, Raimondo said discussions on the framework are in preliminary stages, but could involve several key areas including the digital economy, supply chain resiliency, infrastructure, export control, and clean energy.</p> <p>“We absolutely do not envision this to be a traditional trade agreement,” she said, adding that the U.S. will develop the framework with allies in the months to come.</p> <p>A Commerce Department spokesperson said in an email to Reuters on Friday that no formal proposals have been put together about what the framework would include or what its precise legal structure could be.</p> <p>“We do expect it would be developed in close consultation and through robust engagement with a number of stakeholders, especially Congress, as we continue to define our goals and desired outcomes for the framework,” the spokesperson said.</p> <p>On Wednesday, Raimondo said an Indo-Pacific economic framework could be launched at the start of next year, and her Asia visit was to lay the groundwork for potential partnerships.</p> <p>Critics of U.S. strategy for the region have pointed to its lack of an economic component after former President Donald Trump withdrew in 2017 from a U.S.-inspired trade deal, now known as the Comprehensive and Progressive Agreement for Trans-Pacific Partnership.</p> <p>Earlier on Thursday, the U.S. and Malaysia said in a joint statement that both countries plan to sign an agreement by early 2022 towards improving transparency, resilience and security in the semiconductor and manufacturing sector supply chains.</p> <p>The agreement comes as Malaysia seeks to tackle a shortage in semiconductor chips after supplies were disrupted due to curbs imposed to stem a surge in <span class="caps">COVID</span>-19 cases this year. </p> <p>Malaysia’s chip assembly industry, accounting for more than a tenth of a global trade worth over $20 billion, has warned that shortages will last at least two years.</p> <p>Raimondo said both governments had a broad ranging discussion with the semiconductor industry on Thursday, including to cut out redundancy in investments and to boost supplies.</p> <p/> <p>(This story has corrected to remove quote saying agreement not envisioned to require Congress’ involvement, adds spokesperson’s comment)</p> <p/> </div>