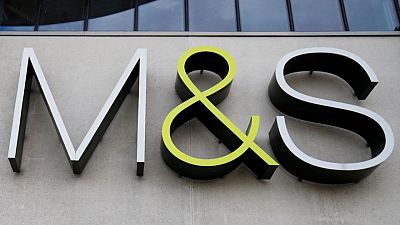 <div> <p><span class="caps">LONDON</span> – British retailer Marks & Spencer has struck a deal to sell some of its food products in Costa Coffee outlets, the companies said on Thursday.</p> <p>They said that from spring next year over 30 M&S food products, including sandwiches and salads, will be available in over 2,500 Costa Coffee stores across the United Kingdom as well as via drive-thru lanes.</p> <p>Costa, owned by Coca-Cola Co, is Britain’s largest chain of coffee shops.</p> <p>M&S said the move supported its strategy to make the retailer “more relevant, more often for families”.</p> <p>Last week, M&S beat forecasts for first-half profit and upgraded its earnings outlook for the second time this year, sending its stock soaring on bets that one of Britain’s most elusive turnarounds could finally materialise.</p> <p>Shares in M&S were up 2.1% at 0954 <span class="caps">GMT</span>, extending 2021 gains to 71%.</p> <p/> </div>