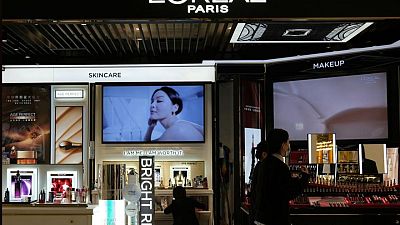 <div> <p>By Sophie Yu and Brenda Goh</p> <p><span class="caps">BEIJING</span> – French cosmetics giant L’Oreal on Thursday said it had reached a “constructive and satisfactory solution” following a dispute about prices during Alibaba Group’s Singles Day shopping promotion early this month.</p> <p>In the Chinese retail industry, companies have become increasingly reliant on popular culture personalities to market products in live streams followed by millions of fans. </p> <p>China’s top two livestreaming sales stars Li Jiaqi and Viya in social media posts on Wednesday said ties with L’Oreal had been suspended after some followers said facial products they had promoted as carrying the biggest discounts of the year during Singles Day could be bought for less days later on L’Oreal’s own platform.</p> <p>In an emailed statement from L’Oreal’s head office in Paris, it said both of the livestreamers had communicated the solution to address complaints from customers related to the Singles Day promotion.</p> <p>According to Chinese media, the two livestreamers pre-sold a combined 18.9 billion yuan ($2.96 billion) worth of goods on Oct. 20 in promotions ahead of Singles Day. </p> <p>They said they would offer compensation to followers and had given L’Oreal 24 hours to come up with a plan.</p> <p>The spat became one of the most viewed topics on China’s Twitter-like Weibo social media network on Thursday, with 450 million hits.</p> <p>($1 = 6.3750 Chinese yuan renminbi)</p> <p/> </div>