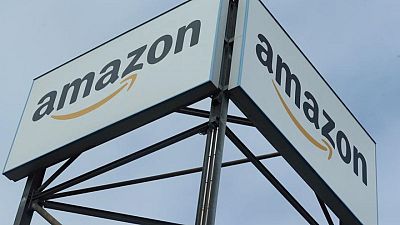 <div> <p><span class="caps">FRANKFURT</span> -The German labour union Verdi on Sunday called on employees to strike at seven different Amazon locations in a protracted pay dispute.</p> <p>The strikes are planned to start on Monday at some of the distribution centres and will initially last through Tuesday, a spokesperson said. </p> <p>Amazon said in a statement that it offers excellent pay, benefits and career opportunities.</p> <p>“No-one here earns less than 12 euros ($13.87) gross per hour plus extras,” the company added.</p> <p>Without giving exact figures, Verdi has demanded that Amazon raise pay in line with agreements the union has struck with the broader retail and mail-order industries in Germany.</p> <p>($1 = 0.8650 euros)</p> </div>