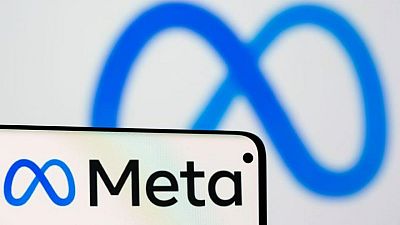 <div> <p>By Sachin Ravikumar</p> <p> – Facebook may have unveiled its new identity at a glitzy event on Thursday, but shares of a lesser-known Canadian industrial materials company surged in an apparent case of mistaken identity.</p> <p>As Facebook metamorphosed into Meta, shares of Halifax, Nova Scotia-based Meta Materials Inc jumped 6% in opening trades on the Nasdaq on Friday, following a 26% rise in after-hours trading. Facebook shares were up 1.6%.</p> <p>Meta Materials’ stock has already been a favorite among retail investors using Reddit and social media, recording wild swings in recent months. It hit an all-time high of nearly $22 in June.</p> <p>The company, which specializes in designing materials used in a variety of industries including consumer electronics and aerospace, has a market value of $1.3 billion, according to Refinitiv.</p> <p>This is not the frst instance of shares reacting because of mistaken identities — Zoom Technologies jumped at the height of the pandemic, when the world flocked to the simiarly named video conferencing service.</p> <p>But it was unclear whether just the similarity in names or a coordinated push by “meme-stock” investors — or both — was driving Meta Materials’ shares higher.</p> <p>“Is the (after-hours) price action real, or are people buying <span class="caps">MMAT</span> thinking they are getting Facebook for really cheap?” asked one user on a Reddit community dedicated to discussing Meta Materials’ stock, that was created this March.</p> <p>Meta Materials <span class="caps">CEO</span> George Palikaras also appeared to get in on the fun on Thursday, tweeting: “On behalf of <code>Metamaterialtec I would like to cordially welcome </code>Facebook to the #metaverse.”</p> <p>Palikaras pointed to a company announcement from Thursday about an upcoming online talk featuring executives from Meta Materials, Facebook’s virtual reality (VR) division and other companies, when Reuters emailed Meta Materials for comment.</p> <p>Facebook’s name change was revealed at its virtual and augmented reality conference on Thursday.</p> <p>Social media was abuzz with news of Facebook becoming Meta, with posts poking fun at the move receiving the most attention.</p> <p>“Changing name to Meat,” burger chain Wendy’s said in a tweet liked by nearly 250,000 users. Twitter’s official handle wrote: “<span class="caps">BIG</span> <span class="caps">NEWS</span> lol jk still Twitter”, garnering some 226,000 likes.</p> <p/> </div>