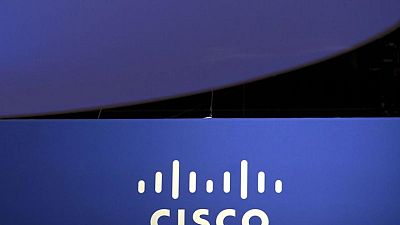 <div> <p>By Stephen Nellis</p> <p> -Cisco Systems Inc has created a team dedicated to developing its Webex collaboration software for Apple Inc products, the two companies said Tuesday as Cisco rolled out a new version of Webex for iPads.</p> <p>Once known for its networking hardware, Cisco has set a goal to derive half of its sales from subscriptions https://www.reuters.com/technology/cisco-forecasts-growth-software-shift-chip-prices-pressure-profits-2021-09-15, including for paid software such as Webex, by 2025. It has been revamping the video meeting software with new features as it competes for users with Microsoft Corp’s Teams, Zoom Video Communications Inc and Salesforce.com’s Slack for users for remote and hybrid workers and had about 600 million monthly meeting participants https://www.reuters.com/article/us-cisco-systems-webex/ciscos-webex-participants-near-600-million-as-pandemic-flares-again-idUSKBN278018 last year.</p> <p>For its part, Apple has been working to deepen its market share with corporate IT departments by positioning its iPad tablets and Mac computers as productivity devices.</p> <p>The new Cisco team is working to build features that use Apple’s newest technologies quickly after they are released, such as an iPad technology introduced this year that uses artificial intelligence to focus in on whoever is talking when multiple people use an iPad to hold a video call, which will show up in the Webex app next month.</p> <p>“The way that we think about software is that it’s perpetually incomplete because there are always new ideas on how we can make it better. So the team will be focused on continuing to improve and continuing to work with the Apple ecosystem,” Jeetu Patel, executive vice president of the security and collaboration units at Cisco, told Reuters.</p> <p>Cisco is also using new tools from Apple to create separate Apple ID accounts for business and personal use.</p> <p>“We think our security and our privacy story has never resonated more than it is in businesses today, with privacy being equally important for business data and for people concerned about their own data,” Susan Prescott, Apple’s vice president of enterprise and education marketing, told Reuters.</p> </div>