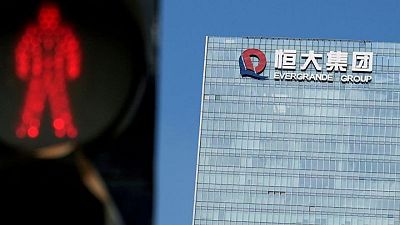 <div> <p><span class="caps">BEIJING</span>/HONG <span class="caps">KONG</span> -Some Chinese property developers have proposed extending their offshore bond maturities or undertaking a debt restructuring in a meeting with regulators, sources said, as a wave of defaults shakes investor confidence in the sector.</p> <p>The meeting underlines the behind-the-scenes efforts by China’s debt-laden developers and regulators to contain the fallout centred around embattled China Evergrande Group.</p> <p>The developers made the proposals at a meeting jointly held by China’s National Development and Reform Commission (<span class="caps">NDRC</span>) and the State Administration for Foreign Exchange (<span class="caps">SAFE</span>) on Tuesday, said two sources with direct knowledge of the matter, who asked not to be named because of its sensitivity. <span class="caps">SAFE</span> and <span class="caps">NDRC</span> did not respond to Reuters’ requests for comment.</p> <p>It was not immediately clear which developers made the proposals, and what decision the regulators would settle on.</p> <p>The regulators, however, told developers facing large offshore debt maturities to evaluate their repayment risks and report difficulties, the sources said.</p> <p>The regulators also asked the unnamed companies in the meeting to proactively prepare for repayment of both principal and interest on their foreign bonds and to “jointly maintain their own reputations and the overall order of the market,” <span class="caps">NDRC</span> said in a statement late on Tuesday.</p> <p>Evergrande, once China’s top-selling developer, is reeling under more than $300 billion in liabilities, fuelling worries about the impact of its fate on the world’s second-largest economy and on global markets.</p> <p>Evergrande narrowly averted a costly default last week by securing $83.5 million for the last-minute payment of interest on a bond, boosting confidence the company may be able to avoid a messy collapse. </p> <p>The developer now needs to find $47.5 million by Friday, and has nearly $338 million in other offshore coupon payments coming up in November and December.</p> <p>Broader concerns about China’s real estate sector, which accounts for a quarter of its gross domestic product, still loom large for investors and Chinese policymakers.</p> <p>The meeting with the regulators took place in Beijing on Tuesday against the backdrop of several bond defaults in the sector. Developers Fantasia Holdings Group, Sinic Holdings and Modern Land all defaulted on their maturing dollar bonds this month.</p> <p>“Developers were asked to report in great details about all their offshore bond repayment plans; they need to voice out if there are particular payments (for which) they’re seeing some difficulties in repayment,” one of the sources said.</p> <p>Rating agency S&P said on Wednesday defaults in the Chinese property sector are rising, with some $84 billion of onshore and offshore bonds due over the next five quarters and the first peak of debt payments due in January 2022.</p> <p><span class="caps">MARKET</span> <span class="caps">ORDER</span> </p> <p>Steven Leung, director of brokerage <span class="caps">UOB</span> Kay Hian based in Hong Kong, said that by initiating this kind of meeting with developers, regulators were sending a positive signal to the market that they are handling the risks.</p> <p>“When <span class="caps">NDRC</span> is involved, there may be even a chance that the primary bond market can be active again, giving opportunities to better quality developers to refinance,” he said, adding that extending maturities can ease some liquidity pressure.</p> <p>But restructuring lawyers said extending maturities was a complex process that required quid-pro-quo from the borrowers. </p> <p>“The extension of maturities in bonds isn’t an easy process, especially not if they are widely held. In practice it may be very difficult to do so,” said Alexander Aitken, partner at Herbert Smith Freehills in Hong Kong. </p> <p>Karl Clowry, partner at Addleshaw Goddard in London, said any extension request in a restructuring would normally be accompanied by certain milestones – like access to books and records, management, maybe performance milestones in terms of turning a business around or preserving money.</p> <p>“In China sponsors are just not used to creditors having any influence until a company is in a procedure,” he said, referring to processes such as insolvency or restructuring proceedings.</p> <p>A total of eight developers including Kaisa Group, Shimao and Sino-Ocean Group attended the meeting on Tuesday, financial media outlet Caixin reported on Wednesday.</p> <p>China Vanke, Central China Real Estate and Oceanwide Holdings were also among the attendees, the two sources with direct knowledge of the discussions told Reuters.</p> <p>Vanke declined to comment. Kaisa confirmed its participation in the meeting, without further elaboration. Central China, Oceanwide, Shimao and Sino-Ocean Group did not respond to request for comment.</p> <p>Shares of Evergrande ended down 0.8%, while its electric vehicle unit China Evergrande New Energy Vehicle Group Ltd rose 5.1% on Wednesday. The Hang Seng Index ended 1.6% lower.</p> <p>Company chairman Hui Ka Yan reportedly said on Friday it would make its new electric vehicle venture its primary business, instead of property, within 10 years.</p> <p>Evergrande said on Tuesday it has resumed work on some projects in the Pearl River Delta region and it would deliver 31 real estate projects by the end of 2021. That number will rise to 40 by the end of June 2022.</p> <p>Many of Evergrande’s construction projects across the country have been suspended as it was unable to pay contractors. The developer has some 1,300 real estate projects across China.</p> </div>