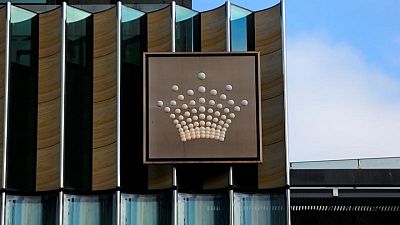 <div> <p>By Shashwat Awasthi and Byron Kaye</p> <p><span class="caps">SYDNEY</span> -An Australian inquiry on Tuesday declared Crown Resorts unsuitable to hold a gambling licence in Melbourne but allowed it to run its biggest-earning casino under supervision, raising hope for its earnings and takeover prospects.</p> <p>After months of hearings in which the casino operator was accused of enabling money laundering and misleading regulators, a Royal Commission called Crown’s actions “disgraceful” in a report published on Tuesday by the Victorian state government.</p> <p>The company 37%-owned by billionaire James Packer had acted in a way which was “illegal, dishonest, unethical and exploitative”, the report said. Some actions were “so callous that it is hard to imagine it could be engaged in by such a well-known corporation”.</p> <p>But rather than shut down Crown’s flagship casino, the commission recommended letting it continue to operate the resort for two years under supervision.</p> <p>It also recommended boosting the maximum penalty for casino wrongdoing to A$100 million ($75 million), from A$1 million, and forcing Packer to cut his holding to 5% by September 2024, meaning he must sell 32% of the company by then.</p> <p>Crown <span class="caps">CEO</span> Steve McCann said in a statement the casino operator was working to repair its culture and would “emerge as a stronger and more transparent company”.</p> <p>A spokesperson for Packer was not immediately available for comment.</p> <p>The report sent a rush of relief through investors who have seen takeover approaches evaporate and the share price dive in anticipation of the loss of its licence to operate the Melbourne resort, which delivers three-quarters of Crown’s profit.</p> <p>Crown shares closed up 9%, against a flat overall market. The stock is down 17% since early 2020 when <span class="caps">COVID</span>-19 restrictions forced full or partial closures of its casinos and kept foreign tourists out of the country.</p> <p>The stock price of smaller rival Star Entertainment Group Ltd, which had binned a Crown buyout approach due to uncertainty about Crown’s future, also rose. Star is now under investigation over similar matters.</p> <p>John Ayoub, a portfolio manager at Wilson Asset Management, which has Crown shares, said potential buyers of Crown “can run the rulers and see what it’s worth again”.</p> <p>Nathan Bell, a portfolio manager at Investsmart, which owns Crown shares, said the company’s pivotal role in the Victorian economy and “the fact Crown’s key board members and <span class="caps">CEO</span> departed may have helped it get a second chance”.</p> <p>Victoria’s biggest single-site employer with 11,500 employees at the Melbourne complex, Crown has replaced its chairman, <span class="caps">CEO</span>, most of its board and senior management since regulators in three states began holding inquiries into its governance in 2020.</p> <p>Packer also removed his designated nominees from the board after a separate inquiry in New South Wales found he held improper influence. </p> <p>‘<span class="caps">STRINGENT</span> <span class="caps">OVERSIGHT</span>’</p> <p>Victoria’s minister for gaming regulation, Melissa Horne, said the state government would accept all of the report’s recommendations.</p> <p>“We are creating the most stringent oversight of any casino in the country. No longer will Crown’s destiny be theirs to manage,” Horne told reporters.</p> <p>An independent manager would be able to investigate the Melbourne casino’s operations, direct the board and veto its decisions, and inspect the books, the government said.</p> <p>Earlier this year, the <span class="caps">NSW</span> inquiry led to the freezing of Crown’s licence for a new A$2.1 billion casino tower in Sydney. A third inquiry into Crown’s remaining casino, in Perth city, is ongoing.</p> <p>As with the other two, the Melbourne inquiry heard detailed accounts of Crown enabling money laundering and failing to act on regulatory concerns.</p> <p>Fitch Ratings analyst Kelly Amato said the Melbourne licence could be “presumed cancelled in two years” if the regulator felt the company had not reformed itself.</p> <p>($1 = 1.3398 Australian dollars)</p> </div>