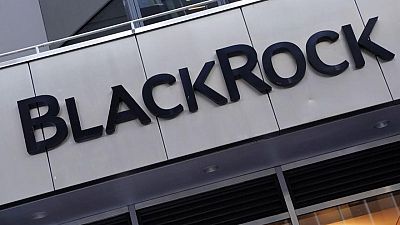 <div> <p>By Simon Jessop</p> <p><span class="caps">LONDON</span> – Asset manager BlackRock said on Tuesday it had created the largest range of climate-aligned exchange-traded equity funds (<span class="caps">EFT</span>) after agreeing to tighter rules to govern six existing funds with $9 billion in assets.</p> <p>Following consultations with BlackRock, the <span class="caps">MSCI</span> indexes that underpin BlackRock’s iShares <span class="caps">ESG</span> Enhanced <span class="caps">UCITS</span> <span class="caps">ETF</span> range will follow the European Union’s Climate Transition Benchmark, established to help cap global warming at 1.5 degrees Celsius (2.7°Fahrenheit) above pre-industrial norms.</p> <p>The <span class="caps">CTB</span> requires a 30% reduction in carbon intensity – a measure of emissions to revenue – against the <span class="caps">MSCI</span> benchmark and a 7% year-on-year decarbonisation of the benchmark itself. </p> <p>For the first time, Scope 3 emissions that cover the emissions produced by the use of a company’s products, and not just those produced by the company itself, will be included.</p> <p>In addition to the <span class="caps">CTB</span>, BlackRock said tougher environmental filters would be applied when deciding what to include in the <span class="caps">ETF</span>s. It will widen an oil sands exclusion to include a broader array of unconventional oil and gas activities.</p> <p>The funds will exclude any company making 5% or more of its revenues from oil sands, shale gas, shale oil, coal-seam gas, coal-bed methane and Arctic onshore/offshore reserves.</p> <p>An “environmental harm” screen will also be applied from November 2022 to companies that have faced severe or very severe controversies relating to environmental issues, such as land use and biodiversity, toxic spills and water management, it said.</p> <p>Unlike BlackRock’s iShares <span class="caps">MSCI</span> World Paris-Aligned Climate <span class="caps">UCITS</span> <span class="caps">ETF</span> fund range, which drills down into each constituent stock to make sure it’s aligned with the goals of the Paris Agreement on climate, the Enhanced funds will seek to meet the same goal at the portfolio level.</p> <p>As a result, the number of stocks eligible for inclusion in each fund is more than double that of the Paris-Aligned funds, at 1,385 compared with 685. </p> <p>This allows the funds to have a much closer risk-return profile to the parent index and potentially be more attractive to wealth managers keen to invest more sustainably but worried about diverging from the returns of the parent.</p> <p/> </div>