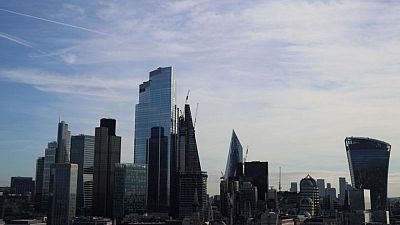 <div> <p>By David Milliken</p> <p><span class="caps">LONDON</span> – Full-time earnings in Britain rose by the most since 2008 in April, up by 4.3% from a year earlier, although the government’s furlough scheme and other distortions related to <span class="caps">COVID</span>-19 probably pushed up growth, official data showed on Tuesday.</p> <p>The Office for National Statistics’ annual earnings survey is normally the gold standard of British labour market data, covering many more workers than its monthly figures.</p> <p>But both series have been affected by the government’s furlough programme – under which millions of workers had temporarily reduced pay rather than becoming unemployed – and the fact that job losses were concentrated among the low paid.</p> <p>Tuesday’s data paints a robust picture for pay growth that is similar to that of the monthly figures which the Bank of England is watching closely for signs of longer-term inflation pressures as it considers whether to raise interest rates next week.</p> <p>Median full-time weekly pay in April of 611 pounds was 4.3% above its level a year earlier in cash terms and 1.7% higher after adjusting for inflation.</p> <p>However, median full-time annual earnings in the 12 months to April were 0.6% lower than in 12 months to the end of April 2020 at 31,285 pounds ($43,023), reflecting lower pay during the pandemic.</p> <p>“Pay increased for most workers in 2021, but particularly those that were most affected by the pandemic in 2020, most notably younger employees, men and the lowest-paid occupations,” the <span class="caps">ONS</span> said.</p> <p>Pay for ‘elementary occupations’ such as cleaning and labouring jobs rose by 7.7%, while pay for managers and directors showed no change.</p> <p>Another factor pushing up pay at the bottom of the wage scale was a 2% rise in the minimum wage to 8.91 pounds an hour in April. The government announced on Monday a 6.6% rise in the minimum wage to 9.50 pounds an hour from April 2022.</p> <p>Britain’s gender pay gap – the difference between average hourly earnings for men and women – widened to 7.9% for full-time workers in April 2021 from 7.0% in April 2020, but was below its pre-pandemic level of 9.0% the <span class="caps">ONS</span> said.</p> <p>The gender pay gap does not measure the difference in pay between men and women doing the same job, and nor does it adjust for differences in average qualifications, experience or the sectors men and women work in.</p> <p>The gender pay gap stayed close to zero for full-time workers aged under 40, but older women were paid around 12% less than men of the same age. Previous analysis had linked this to fewer women than men moving into high-paid managerial roles, the <span class="caps">ONS</span> said.</p> <p>($1 = 0.7272 pounds)</p> <p/> </div>