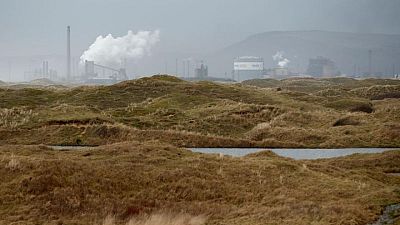 <div> <p><span class="caps">LONDON</span> – Tata Steel said it has installed a 30 megawatt generator at a British plant that will cut costs and its carbon footprint.</p> <p>The generator will convert gases generated at Tata’s plant in Port Talbot, Wales, into useful energy, cutting its energy bill by millions of pounds each year and slashing CO2 emissions, the company said in a statement on Monday.</p> <p>UK Steel, which lobbies on behalf of the British steel industry, warned earlier this month of an impending crisis due to soaring wholesale energy prices which could force plants into expensive shutdowns.</p> <p>“Our on-site power plant uses process gases to heat water into steam, which then drives a turbine,” said Guy Simms, Tata project manager. </p> <p>The new generator joins three older and less efficient ones already on the site.</p> <p/> </div>