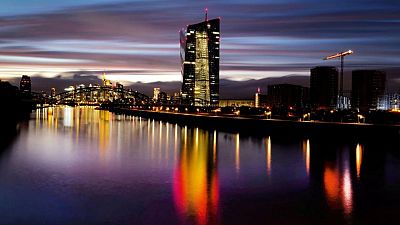 <div> <p><span class="caps">FRANKFURT</span> – Only 10 major European banks may need to raise capital as a result of the rollout of new global rules and their shortfall could be smaller than 27 billion euros ($31.43 billion), according to draft European Union regulation seen by Reuters.</p> <p>The impact would be much smaller than the 52.2 billion euros estimated by the European Banking Authority (<span class="caps">EBA</span>) last year, a sigh of relief for a sector that has been plagued by low profits for a decade and is still recovering from a pandemic-induced recession.</p> <p>The draft of European Commission’s Basel <span class="caps">III</span> directive, which transposes the final batch of global rules aimed at avoiding a repeat of the 2008 financial crisis, put the increase to EU banks’ minimum capital requirements at between 0.7% and 2.7% by 2015 and 6.4%-8.4% by 2030.</p> <p>“According to estimates provided by the <span class="caps">EBA</span>, this impact could lead a limited number of large EU banks (10 out of 99 banks in the test sample) to have to raise collectively… less than 27 billion euros,” the Commission said in the document.</p> <p>The <span class="caps">EBA</span> said the banks in the test sample were from 17 EU countries and represented around 75% of total EU banks’ assets.</p> <p>Banks had lobbied for a more flexible interpretation of the “output floor”, which limits their discretion in setting their own capital requirement, but their wishes were not fulfilled. </p> <p>The European Parliament will have the final say on approving the rules, but regulators have warned the bloc not to stray from the standards already agreed at a global level.</p> <p>The directive, which is due to be published next week, also gives supervisors the power to impose requirements relating to climate risk and contains stricter rules for branches of foreign banks in the EU.</p> <p>This gives extra legal backing to the European Central Bank, which has been putting pressure on banks to disclose and tackle risks relating to climate change, such as weather hazards and changes in regulation.</p> <p>As regards foreign branches, which had assets worth 510 billion euros at the end of last year and are concentrated in Belgium, France, Germany and Luxembourg, they will now be subject to a common authorisation procedure.</p> <p>They will also have to comply with requirements relating to their capital, liquidity, governance and risk management, the draft shows.</p> <p>($1 = 0.8591 euros)</p> <p/> </div>