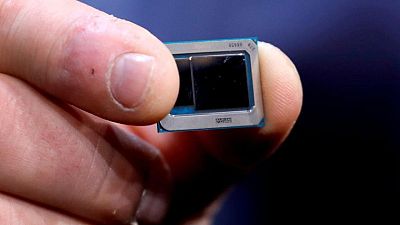 <div> <p>By David Shepardson</p> <p><span class="caps">WASHINGTON</span> -A bipartisan group of 38 U.S. House lawmakers on Thursday urged leaders in Congress to immediately set a path to advance legislation providing $52 billion for U.S. semiconductor production including $2 billion in support for chips used by the automotive industry.</p> <p>The U.S. Senate voted 68-32 in June to approve a sweeping package of legislation intended to boost the country’s ability to compete with Chinese technology, including providing $52 billion for chips, but the measure has stalled in the House. </p> <p>The House lawmakers in a letter warned of the “dire consequences the automotive industry as a whole – and the nation – faces if we fail to advance legislation soon.”</p> <p>Automakers around the world have cut production dramatically because of the shortage in supply of semiconductor chips. The Senate bill includes $2 billion in funding dedicated to the type of chips automakers use.</p> <p>The letter is spearheaded by U.S. Representatives Debbie Dingell and Fred Upton of Michigan. Dingell is a Democrat and Upton a Republican. The letter said the “ongoing semiconductor shortage is hurting the automotive industry, American workers, and our nation’s competitiveness by the hour.”</p> <p>It added that “all of the major American automotive manufacturers are hurting and conditions are getting worse … If this shortage is further prolonged, we fear more assembly plants will be faced with temporary shutdowns or long-term disruptions.”</p> <p>Commerce Secretary Gina Raimondo has been urging Congress to pass funding quickly.</p> <p>“Realistically, there is no quick and easy fix,” Raimondo told Reuters last month. “Fundamentally, the solution is that we need to make more chips, and we need to make more chips in America.”</p> <p>Raimondo’s department issued a voluntary request for information to obtain better information on the chips problem from industry.</p> <p>Automakers from General Motors Co to Ford Motor Co to Toyota Motor Corp have cut output due to scarce chip supplies, made worse by a <span class="caps">COVID</span>-19 resurgence in key Asian semiconductor production hubs.</p> </div>