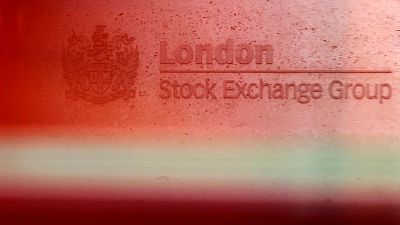 <div> <p>By Bansari Mayur Kamdar</p> <p> -London’s <span class="caps">FTSE</span> 100 was flat on Wednesday as miners slid sharply on weaker metal prices and Rio Tinto’s spending plans, offsetting gains in consumer companies including Unilever.</p> <p>UK’s mining index fell 1.9% and was on course for its worst session in a month, as industrial metal prices fell on China’s pledge to bring down coal prices amid an energy squeeze in the country. [MET/L] [IRONORE/]</p> <p>Rio Tinto, the world’s biggest iron ore miner dropped 3.7% after it raised its capital spending plans for next year and announced a $7.5 billion plan to reduce carbon emissions by 50% by 2030.</p> <p>The commodity-heavy <span class="caps">FTSE</span> 100 index was flat at 1032 <span class="caps">GMT</span>, as investors looked past data that showed a dip in inflation. </p> <p>UK consumer prices rose 3.1% in annual terms in September, slowing unexpectedly from 3.2% in August and falling short of the 3.2% estimated by a Reuters poll of economists.</p> <p>Still, investors feared that the unexpected slowdown was only temporary relief as prices of most other consumer goods and services continued to rise, while food prices fell more slowly than in September last year.</p> <p>“The fact that the <span class="caps">MPC</span> (Monetary Policy Committee) has done nothing to push back inflationary expectations that have been very high in the past few weeks suggests that there is a tacit approval for the tightening,” said Stuart Cole, a macroeconomist at Equiti Capital.</p> <p>The mid-cap index was down 0.2%, with travel stocks such as <span class="caps">TUI</span>, EasyJet and Wizz Air underperforming again amid fears of a new wave of <span class="caps">COVID</span>-19 infections.</p> <p>Deliveroo rose 3.5% after it raised its full-year growth forecast and reported a jump in gross value of its orders in the third quarter. </p> <p>British consumer goods company Unilever rose 1.2% after rival Nestle upgraded its full-year growth outlook based on coffee and pet food sales.</p> </div>