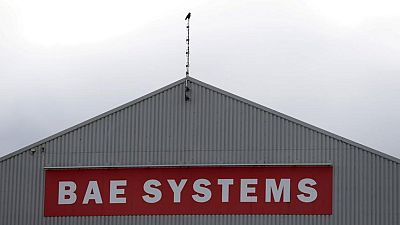 <div> <p>By Sarah Young</p> <p><span class="caps">LONDON</span> -<span class="caps">BAE</span> Systems said Tempest, the British-led project to build a new fighter jet, would sign contracts with partners Italy and Sweden by the end of this year and talks were ongoing with Japan about joining the project.</p> <p><span class="caps">BAE</span>’s director of Future Combat Air Systems Michael Christie said he expected contracts with the two partners on the concept and assessment phase to be signed by the end of 2021. </p> <p>Talks with Japan ranged from the country joining the programme as a partner to collaborating on technology, he said. </p> <p>“There’s a lot of commonality between the UK and Japan in terms of what they’re trying to achieve in this sphere … that’s an ongoing area and one that we are actively pursuing,” Christie told Reuters in an interview on Wednesday.</p> <p>The Tempest project, which in addition to <span class="caps">BAE</span> includes Rolls-Royce, European missile maker <span class="caps">MBDA</span> and Leonardo UK, has a budget of 2 billion pounds ($2.7 billion) from the UK government to 2025, plus 800 million pounds from the companies over the same period.</p> <p>While Britain works on Tempest to replace its Eurofighter Typhoon jets from 2040, France, Germany and Spain are working on a rival to replace France’s Rafale and German and Spanish Eurofighters.</p> <p>Analysts have questioned whether European military budgets are sufficient for the two competing projects. </p> <p>Christie wouldn’t be drawn on whether they could be combined, but said “the longer the two programmes run separately, the harder it’s going to be to come together.” </p> <p>France and Britain clashed this month over London’s trilateral nuclear security deal with Australia and the United States.</p> <p>Christie said his focus was on keeping down costs by shortening the time its takes to deliver the new jet. </p> <p>“We are challenging ourselves effectively to deliver the Tempest system in half the time we delivered Typhoon,” he said. </p> <p>The aim is for the main development programme to start in 2025, with the jet operational by 2035. </p> <p>Christie envisages a manned aircraft surrounded by unmanned drones and smart weapons, connected by an information cloud, but says the decisions on how Tempest operates won’t be finalised until 2025. </p> <p>For speed and cost savings, <span class="caps">BAE</span> is using 3D printing, artificial intelligence, machine learning and robots at its factory in Warton, northern England. </p> <p>It has also brought in dozens of smaller companies and academics from outside the aerospace and defence sector to enhance technological capabilities.</p> <p>($1 = 0.7311 pounds)</p> </div>