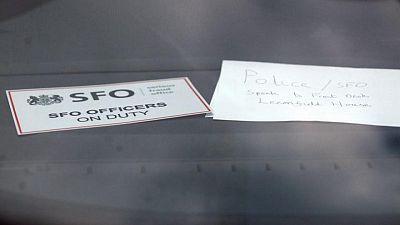 <div> <p><span class="caps">LONDON</span> – The UK Serious Fraud Office (<span class="caps">SFO</span>) said on Wednesday one person had been arrested and properties across Britain raided in an investigation into a 150 million pound ($205 million) investment scheme that targeted 1,500 people from 50 countries.</p> <p>The <span class="caps">SFO</span> said it was investigating the Alpha and Green Park group of companies for suspected money laundering and fraud. Two directors of the companies, which promised annual 8-10% returns on investments in student accommodation and holiday parks, might have made about 20 million pounds, it said.</p> <p>But investors stopped receiving their “guaranteed returns” in 2018, the <span class="caps">SFO</span> said in a statement.</p> <p>The fraud agency said that after a six-month investigation it had carried out a series of co-ordinated raids, interviews and mandatory requests for evidence and said it suspected investors had been fraudulently misled.</p> <p>Reuters was not immediately able to contact the companies, or their legal representatives, for comment.</p> <p>Mick Gallagher, the <span class="caps">SFO</span>’s chief investigator, called on anyone with a connection to the investigation to step forward. All UK-based investors will be asked to fill out a questionnaire by end-November as part of the inquiry.</p> <p>($1 = 0.7311 pounds) </p> <p/> </div>