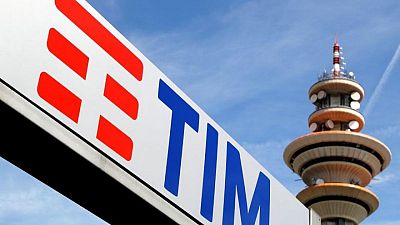 <div> <p><span class="caps">MILAN</span> – A group led by Italian phone group Telecom Italia (<span class="caps">TIM</span>) has presented a plan to the government’s innovation ministry to create a cloud-based infrastructure for the country’s public administration data.</p> <p>The infrastructure, called National Strategic Hub (<span class="caps">NSH</span>), is part of the Italian government’s strategy to accelerate digital transformation and guarantee national data security and control.</p> <p>Partnering with <span class="caps">TIM</span> are state lender <span class="caps">CDP</span>, cybersecurity group Leonardo and state-owned IT company Sogei.</p> <p>The cloud hub, one of the projects funded by the European Union to help Italy’s economy recover from the pandemic, reflects European efforts to make the 27-member bloc less dependent on large overseas tech companies for cloud services.</p> <p>“The aim is to provide innovative services to citizens and businesses, in line with the provisions of the Italian Recovery and Resilience Plan,” the partners said.</p> <p>In its national Recovery Plan sent to Brussels in April to access EU funds, Rome earmarked 900 million euros for it.</p> <p>With the proposal, the consortium led by <span class="caps">TIM</span> has offered Italy’s innovation ministry to enter in a public-private partnership to create the hub.</p> <p>If awarded the contract, the four partners plan to set up a new company in which Telecom Italian will own 45%. Leonardo and <span class="caps">CDP</span> will have 25% and 20% respectively, with Sogei holding the rest. </p> <p>The public administration will examine the proposal within three months and, if assessed positively, it will launch a tender open to all to award the contract.</p> <p>Telecom Italia’s board on Thursday prepared a draft proposal for the national cloud hub, two sources close to the matter said.</p> <p/> <p>(Corrects paragraphs one and three to say that Telecom Italia leads the group and that <span class="caps">CDP</span> is a member of the group)</p> <p/> </div>