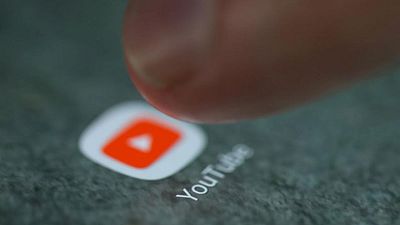 <div> <p><span class="caps">BERLIN</span> – Alphabet Inc’s YouTube deleted Russian state-backed broadcaster RT’s German-language channels on Tuesday, saying it had breached its <span class="caps">COVID</span> misinformation policy.</p> <p>“YouTube has always had clear community guidelines that outline what is allowed on the platform,” said a spokesperson.</p> <p>Initially RT’s German channel was issued a strike for uploading content that violated YouTube’s <span class="caps">COVID</span> misinformation policy, resulting in a suspension of posting rights on the platform for a week. </p> <p>During that suspension, the Russian broadcaster tried to use another channel to circumvent the ban on uploading.</p> <p>“As a result both channels were terminated for breaking YouTube Terms of Service,” said the spokesperson.</p> <p>All videos uploaded to YouTube must comply with its guidelines which sets up the type of content allowed to be on the platform. </p> <p/> </div>