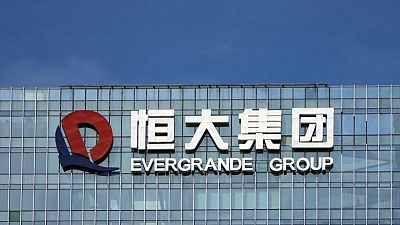 <div> <p><span class="caps">BEIJING</span>/HONG <span class="caps">KONG</span> -China’s central bank vowed to protect consumers exposed to the housing market on Monday and injected more cash into the banking system as the Shenzhen government began investigating the wealth management unit of ailing developer Evergrande, the clearest sign yet the authorities could move to contain contagion risks.</p> <p>Once the epitome of an era of helter-skelter borrowing and building in China, Evergrande has now become the poster child of a crackdown on developers’ debts that has left investors large and small sweating their exposure. </p> <p>In a letter to investors seen by Reuters, the Shenzhen Financial Regulatory Bureau said “relevant departments of the Shenzhen government have gathered public opinions about Evergrande Wealth and are launching a thorough investigation into related issues of the company.”</p> <p>It is also urging China Evergrande and Evergrande Wealth to work to repay investors, the letter said, which was sent following investor demands for an inquiry. </p> <p>The People’s Bank of China (<span class="caps">PBOC</span>) made no mention of Evergrande in a statement posted to its website, which contained just a line on housing along with promises to make its monetary policy flexible, targeted and appropriate.</p> <p>But at a delicate moment for the world’s most indebted developer, which missed a bond interest payment last week and has another due this week, its pledge to “safeguard the legitimate rights of housing consumers” hinted at the sort of response markets had begun to hope for. </p> <p>With liabilities of $305 billion, Evergrande has sparked concerns its problems could spread through China’s financial system and reverberate around the world – a worry that has eased as damage has so far been concentrated in the property sector.</p> <p>The <span class="caps">PBOC</span>’s broad-ranging statement was issued after the third quarter meeting of its Monetary Policy Committee. Its housing line echoed comments from Evergrande’s leadership that point to containment efforts and prioritizing small investors in properties ahead of foreign holders of Evergrande debts.</p> <p>“We expect that any impact to the banking system will be manageable and that the government will instead focus on the social fallout of unfinished housing units,” said Sheldon Chan, who manages T. Rowe Price’s Asia credit bond strategy.</p> <p>Suppliers exposed to Evergrande payables and domestic bondholders would also take priority over dollar bond holders, he said. </p> <p>Evergrande dollar bonds have been trading accordingly, and remained on Monday at distressed levels around 30 cents on the dollar.</p> <p>Research firm Morningstar listed BlackRock, <span class="caps">UBS</span>, Ashmore Group and BlueBay Asset managers as bondholders with exposure to Evergrande in a Friday report which said funds at <span class="caps">HSBC</span> and <span class="caps">TCW</span> had closed positions.</p> <p>BlueBay said its position was small and had been reduced through September. Ashmore, BlackRock, <span class="caps">HSBC</span>, <span class="caps">TCW</span> and <span class="caps">UBS</span> declined to comment. </p> <p>Evergrande’s stock rose 8%, though at HK$2.55 it isn’t far above last week’s decade-low of HK$2.06 and stock borrowing costs have surged as short sellers pile in.</p> <p>Shares of Evergrande’s electric car unit fell heavily after it warned of an uncertain future.</p> <p>Work on a soccer stadium Evergrande is building in Guangzhou is proceeding as normal, the company said on Monday.</p> <p>The focus now turns to whether a coupon payment of $47.5 million due on Wednesday is made, and then to whether China can contain the economic damage if Evergrande collapses.</p> <p>Its struggles so far to pay suppliers and sell assets have already begun to dent confidence among homebuyers and force sector-wide price cuts, signaling that consolidation – at the very least – looms for the real estate industry. </p> <p>“Evergrande’s potential credit event, in our view, is part of a ‘survival of the fittest’ test in China’s property sector,” Deutsche Bank strategist Linan Liu said in a note to clients.</p> <p>“Allowing orderly exits by weaker players in the property sector, while painful, is necessary to improve overall leverage conditions in the sector and bring about a soft landing.”</p> </div>