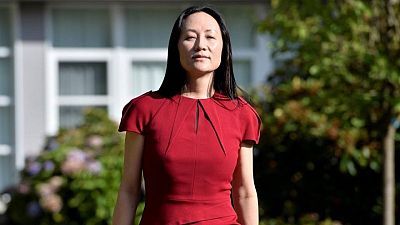 <div> <p>By Moira Warburton and Sarah Berman</p> <p><span class="caps">VANCOUVER</span> – After being stuck in Canada for nearly three years, largely confined to her multi-million-dollar house in Vancouver, Huawei Chief Financial Officer Meng Wanzhou on Friday was set to return home to China https://www.reuters.com/technology/huawei-cfo-meng-appear-court-expected-reach-agreement-with-us-source-2021-09-24.</p> <p>Like many top Chinese executives, Meng has remained an enigmatic figure. The 49-year-old <span class="caps">CFO</span> of Huawei Technologies had been widely tipped to one day take the helm of the tech giant her father founded.</p> <p>Seeming to thwart those expectations, Meng was detained in December 2018 at Vancouver International Airport on a U.S. warrant charging her with bank fraud for allegedly misleading <span class="caps">HSBC</span> Holdings about Huawei’s business dealings in Iran.</p> <p>After Meng reached an agreement with U.S. prosecutors to resolve the case on Friday, a Canadian judge scrapped her extradition hearing.</p> <p>Later, the Canadian government released a statement confirming that she was free to leave the country. She was due to fly to China later on Friday, according to a source familiar with the matter.</p> <p>“Over the past three years my life has been turned upside down. It was a disruptive time for me as a mother, as a wife,” Meng told reporters and supporters on the steps outside the Vancouver courtroom after the hearing.</p> <p>“But I believe every cloud has a silver lining. It really was an invaluable experience in my life. I will never forget all the good wishes I received from people around the world,” she said.</p> <p>Meng has usually remained expressionless in public appearances since her arrest, but on Friday morning she smiled broadly as she left her home to attend a court hearing conducted virtually between Vancouver and Brooklyn, New York.</p> <p>The detention of Meng, who takes her family name from her mother and has also used the English first names “Cathy” and “Sabrina,” threw the spotlight on Huawei at a time of heightened global concerns over tech security.</p> <p>In dozens of court appearances, her lawyers portrayed her as an innocent bystander caught up in a trade war between the United States and China. </p> <p>Shortly after her arrest, China detained two Canadians, sentencing one this month to 11 years in prison, in a move Canadians assailed as retaliation. Beijing has denied any connection between the arrests and Meng’s case. </p> <p>Meng was under loose house arrest in Vancouver. Under her bail terms, she was been permitted to roam the city during the day and return at night to her house in Shaughnessy, an upscale neighborhood in the Pacific coastal city. She was monitored 24/7 by private security, which she paid for as part of her bail deal.</p> <p>Her husband, Liu Xiaozong, and the son and daughter they have together have been able to visit her during the pandemic. She passed the time with oil painting, reading and work, according to an open letter to Huawei employees she wrote on the first anniversary of her arrest. </p> <p>According to Huawei’s website, Meng joined the company in 1993, obtained a master’s degree from Huazhong University of Science and Technology in 1998, and rose through the ranks over the years, mostly in financial roles.</p> <p>She has held the positions of director of the international accounting department, <span class="caps">CFO</span> of Huawei Hong Kong, and president of the accounting management department, according to the website.</p> <p>In her first media appearance before the Chinese press in 2013, Meng said she had first joined the company as a secretary “whose job was just to take calls.”</p> <p>In 2011 she was first named as a board member. Company insiders describe her as capable and hardworking.</p> <p>While her brother, Meng Ping, as well as her father’s younger brother and his current wife all work at Huawei and related companies, none has held such senior management roles.</p> <p>Meng is widely seen by Huawei insiders as the likely successor to company founder Ren Zhengfei. Ren, 76, founded the Chinese telecommunications company in 1988 and has largely kept a low profile.</p> <p>Much of the scrutiny of Huawei stems from Ren’s background with China’s People’s Liberation Army (<span class="caps">PLA</span>), where he worked as a civilian engineer for nearly a decade until his departure in 1983, after helping to build its communications network.</p> <p>Officials in some governments, particularly the United States, have voiced concern that his company is close to the Chinese military and government. Huawei has repeatedly insisted Beijing has no influence over it.</p> <p>At the time of Meng’s arrest, Huawei’s revenue was split equally between domestic and international revenue, half of which came from supplying equipment to telecoms carriers around the world.</p> <p>But since then Western countries have distanced themselves from the Chinese tech giant. In 2019 Huawei was put on an export blacklist by then-U.S. President Donald Trump and barred from accessing critical technology of U.S. origin, affecting its ability to design its own chips and source components from outside vendors.</p> <p>The ban put Huawei’s handset business under immense pressure, with the company selling off its budget smartphone unit to a consortium of agents and dealers in November 2020 to keep it alive.</p> <p>The company’s consumer sales now make up over half of its business, with 66% of revenue coming from China, according to its 2020 annual report. </p> <p/> </div>