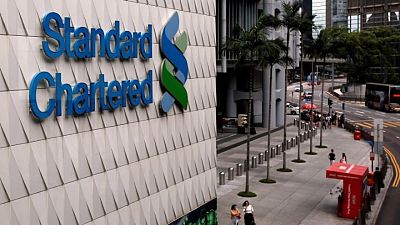 <div> <p>By Lawrence White</p> <p><span class="caps">LONDON</span> -The crisis at indebted developer China Evergrande Group will not curb Standard Chartered’s appetite for investing in the country, its Chief Financial officer Andy Halford told a banking conference on Thursday.</p> <p>The Asia, Middle East and Africa-focused lender has no direct exposure to Evergrande and “negligible” indirect exposure, he told the conference hosted by Bank of America.</p> <p>“Even if one sector of the Chinese economy is a little under the cosh at the moment, the generality of the growth in the Chinese economy is still very strong when compared with most other parts of the world, and as we look forward it does not dent our enthusiasm for the country,” he said.</p> <p>The executive’s comments could reassure investors concerned about the potential fallout on British banks, which have invested heavily in China in recent years amid slowing growth in Western markets. </p> <p>StanChart has around $6 billion of exposure to real estate in Hong Kong, and $1.25 billion in China out of a global real estate portfolio of some $19 billion, he said.</p> <p>“We need to be careful that we don’t overreact, in this instance we don’t have any significant exposure, the overall sectoral exposure is very modest and we’re much, much less concerned than the initial market reaction,” he said.</p> <p>Halford’s comments come after rival lender <span class="caps">HSBC</span>’s Chief Executive said he expected the crisis to have an impact on capital markets but not his own bank’s balance sheet.</p> </div>