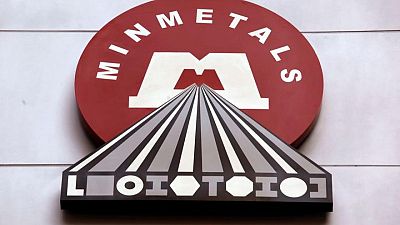 <div> <p>By Tom Daly</p> <p> – The rare earths arm of China Minmetals Corp said on Thursday its parent was planning a strategic restructuring of rare earth assets with another state-owned firm, Chinalco, and the government of the city of Ganzhou.</p> <p>China Minmetals Rare Earth Co Ltd and Chinalco Rare Earth & Metals Co are two of the “Big Six” state-owned enterprises (<span class="caps">SOE</span>s) that dominate the rare earths industry in China, the world’s top producer of the 17 minerals used in consumer electronics and military equipment.</p> <p>In a filing to the Shenzhen Stock Exchange, China Minmetals Rare Earth did not specify what sort of restructuring was under discussion, although such statements often refer to attempts at merging company operations.</p> <p>“The relevant plan has not yet been finalised and needs to be approved by the relevant authorities,” the filing said. </p> <p>Ganzhou, in southern China’s Jiangxi province, is one of the country’s two main rare earth production hubs. It is home to the headquarters of China Minmetals Rare Earth as well as another of the Big Six, China Southern Rare Earth Group.</p> <p>“China has long sought to consolidate the rare earths industry beyond the six <span class="caps">SOE</span>s which control production and refining within the domestic Chinese industry,” David Merriman, a manager at consultancy Roskill, said in an email.</p> <p>A three-way combination of the rare earth operations of Minmetals, Chinalco and the Ganzhou government would create China’s second-largest rare earths producer by capacity, behind only China Northern Rare Earth Group, he added.</p> <p>With capacity to produce around 45,000 tonnes per year of rare earth oxides, it would also control production in the Chinese regions of Guangxi, Hunan, Yunnan and Shandong and have operations in Fujian and Sichuan, Merriman said.</p> <p>China Minmetals Rare Earth has seen its share price climb more than 230% year-to-date as rare earth prices jump on fears of tight supply.</p> <p>($1 = 6.4575 Chinese yuan renminbi)</p> <p/> </div>