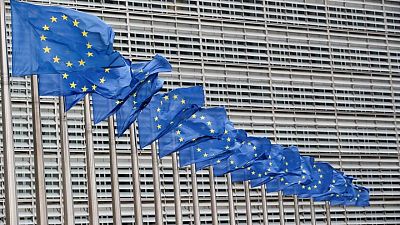 <div> <p><span class="caps">BRUSSELS</span> -The inaugural meeting of the U.S.-EU Trade and Technology Council (<span class="caps">TTC</span>) will go ahead as planned next week after it was put in doubt because of French anger over the scrapping of a $40 billion submarine contract.</p> <p>The European Commission, which oversees trade policy for the 27-nation European Union, said on Thursday the meeting in Pittsburgh would take place, and EU trade chief Valdis Dombrovskis said on Twitter that he would be attending.</p> <p>France has been incensed by Australia’s decision last week to cancel a French contract and opt instead for a deal with the United States and Britain to purchase nuclear-powered submarines as part of a new security partnership called <span class="caps">AUKUS</span>.</p> <p>Paris recalled its ambassadors to Washington and Canberra for consultations and French Foreign Minister Jean-Yves Le Drian told U.S. Secretary of State Antony Blinken on Thursday it would take “time and actions” to restore confidence.</p> <p>French fury had threatened to force the postponement or cancellation of the first meeting of the <span class="caps">TTC</span>.</p> <p>The council aims to agree on common technology standards and has working groups on issues such as supply-chain security, green technology, data governance and export controls.</p> <p>The U.S. co-chairs – Blinken, Commerce Secretary Gina Raimondo and Trade Representative Katherine Tai – will host European Commission Executive Vice Presidents Margrethe Vestager and Dombrovskis for the first meeting next Wednesday.</p> </div>